A small plane went off the runway while landing at Cape Cod Airfield in Barnstable Wednesday afternoon. No one was hurt, and the plane only sustained minor damage.

The Centerville-Osterville-Marston Mills (COMM) Fire and Rescue Department said in a news release Wednesday that they were called to the airfield in Marston Mills for a report that a plane had gone off the runway at 2:18 p.m.

When firefighters arrived, they found a small, one-engine plane in the trees and underbrush near runway 23, the department said.

The two adults who had flown in the plane had already exited the plane, the department said. Both were medically evaluated and declined being taken to a hospital.

Damage to the plane was minor, the department said, and the landing didn’t cause any environmental hazards.

The Federal Aviation Administration is investigating the incident. 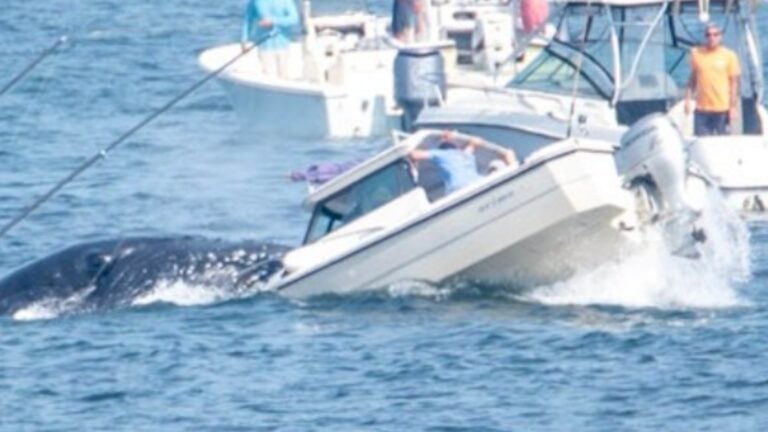 Humpback whale breaches and lands on boat off Plymouth