The Mega Millions jackpot has ballooned to $1.28 billion this week, making it the lottery’s second-largest prize since it began in 1996.

At 11 p.m. Eastern time Friday, millions of people who purchased a $2 ticket at their local convenience store or a bundle of them with family, friends or co-workers will find out whether they have won. Or perhaps no one will win the jackpot, which is what happened in the 29 previous drawings.

But if we’re wrong, and luck, fate or prayer makes you a winner, it is safe to say you will face major life decisions: Is it best to take the lump sum or annual payouts? Can I remain anonymous? Do I need a lawyer? And what should I do with all that money?

Before we get to that, we should note that millions of American struggle with a gambling addiction. The National Council on Problem Gambling operates a 24-hour help line at 1-800-522-4700.

Who can buy a ticket?

The jackpot has swelled because no one has won any of the drawings, held every Tuesday and Friday, since a winning ticket on April 15 in Tennessee. On July 26, no one matched the five numbers and Mega Ball. That brings us to this $1.28 billion moment.

Forty-five states, as well as Washington, D.C., and the Virgin Islands, participate in the Mega Millions lottery. Nevada, Utah, Alabama, Alaska and Hawaii do not, but residents of those states can still purchase tickets elsewhere and then travel to collect their prize. Tickets can be purchased in person at convenience stores and gas stations. Some people purchase just one. Others buy in groups. You can even buy them online in some states, but you may face backlogs if you wait until the last minute. Sales stop 15 minutes before the drawing.

Executives at Raising Cane’s, a chicken-wing restaurant with locations around the United States, purchased one ticket for each of their 50,000 employees for the $830 million drawing Tuesday. It took a gas station eight hours to print the tickets, but the company remains undeterred, and will try again Friday.

“We are doubling down,” AJ Kumaran, a co-CEO of the company, said in an interview with LiveNOW from Fox on Thursday. “What’s another two bucks per person?”

What has happened in previous big drawings?

Nine people came close to winning the Mega Millions jackpot Tuesday, matching the first five white balls that are drawn from numbers 1 through 70. The gold Mega Ball eluded them.

The last time a Mega Millions jackpot broke the billion-dollar threshold was on Jan. 22, 2021, when the winning ticket was sold in Michigan, netting $1.050 billion.

Friday’s drawing amount is the second-largest for this lottery, but the competing multistate Powerball lottery holds a world-record jackpot for the January 2016 jackpot of $1.586 billion shared by winners in California, Florida and Tennessee.

The record jackpot in Mega Millions history so far is $1.537 billion, which went to a single ticket purchased in South Carolina on Oct. 23, 2018. Its winner remains unknown.

Can a winner stay anonymous?

Each state that participates in Mega Millions oversees the lottery operations within its jurisdiction, including sales, retailers, taxes owed and other financial liabilities. The laws, including whether the names of winners are required to be announced, differ among states.

Marie Kilbane of the Ohio Lottery said that in her state, this includes whether a winner owes child support. “Internally, we do check whoever that person is,” she said. “With all our winners.”

Ohio is one of at least seven states that allow winners, who might be wary of fraud or of becoming targets of crime, to hide their identities. Others include Delaware, Maryland, Kansas, North Dakota and South Carolina. States differ in what conditions they allow winners to remain anonymous, or whether they can collect in the name of a trust, she said.

In Texas, a winner of $1 million or more can remain anonymous. In Arizona, winners of $100,000 or more can choose anonymity, but their city and county of residence are not confidential. In California, the names of winners are part of the public record. Some states, like Michigan, do not allow a trust for multistate lotteries such as Mega Millions or Powerball.

Not all lottery winners are required to appear at a news conference with a broad grin, holding a giant fake check. Under its open records law, Wisconsin’s lottery releases the name and city of the winner on request. Any other information, including news media interviews, is up to the winner.

What should you do with the money?

So you’ve just won the second-largest jackpot in Mega Millions history. Now what?

You don’t need our advice about yachts, private islands and luxury cars, but experts say a winner should get help from a reputable lawyer, financial adviser or accountant. Do your research first.

Tax advice is key. Friday’s winner could take $747.2 million in a lump sum or choose to take the $1.28 billion payable in annual installments over 30 years. The federal government will take 24% off the top, and you may also owe state taxes. Either choice will catapult you into the top federal income tax bracket, currently 37% and scheduled to rise in the future, as Kiplinger noted in a guide for lottery dreamers.

Before hiring a fiduciary or other financial advisers, the Consumer Financial Protection Bureau suggests checking the advisers’ backgrounds by asking for references, checking the status of their licenses, and finding information about their professional histories. Those resources are online.

The Federal Trade Commission advises consumers to find a lawyer who has specialized in an area that is relevant to their needs, which could involve tax, trusts or estates in the case of lottery winners, and getting recommendations from family, friends, co-workers or community groups. It advises checking with state and local bar associations before retaining a lawyer.

A cautionary tale: In 2019, the winner of the record jackpot in South Carolina retained a man named Jason Kurland, who marketed himself as a “lottery lawyer.” On Tuesday, a jury in New York found him guilty of a scheme to defraud lottery winners that caused losses of more than $100 million, prosecutors said.

You should also brace yourself for the possibility that long-lost relatives and college roommates will suddenly knock on your door or slide into your mentions on social media.

The Virginia Lottery seemed to suggest as much Friday on its Facebook page, where it shared a message from a man who announced, “Before I win this 1 billion in Mega Millions I already know all my cousins.”

“Helpful words to share with all your friends today,” the state lottery said. 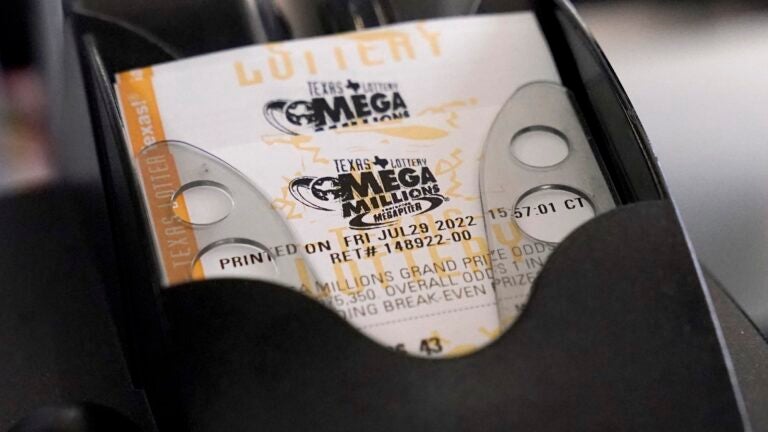