Over the past few days, a black bear has been seen roaming around Boxford, popping up in backyards, and though he’s mostly harmless, a bear that entered a Connecticut man’s home in late July should serve as a reminder to residents to remain aware of the bear.

A Boxford resident, Betty Hearne, told 7News that she heard rustling in the woods near her house one day, and the next, the bear was in their backyard, eating the apples from their apple tree and taking the cover off her husband’s beehive.

She now has “bear snot” on her door.

Other neighbors reported him crossing the street, right outside a front door, and eating from a birdfeeder.

In Connecticut, West Hartford homeowners shared a video on Facebook of a bear in the hallway of their home. He was eating food — including a bag of marshmallows — he had pulled off the counters in the kitchen. This was on July 31, the second time the bear entered the family’s home.

With the Boxford bear showing up in backyards and at front doors, residents should be cognizant of the fact that even though black bears are largely harmless to humans, they can show up where they’re not wanted. 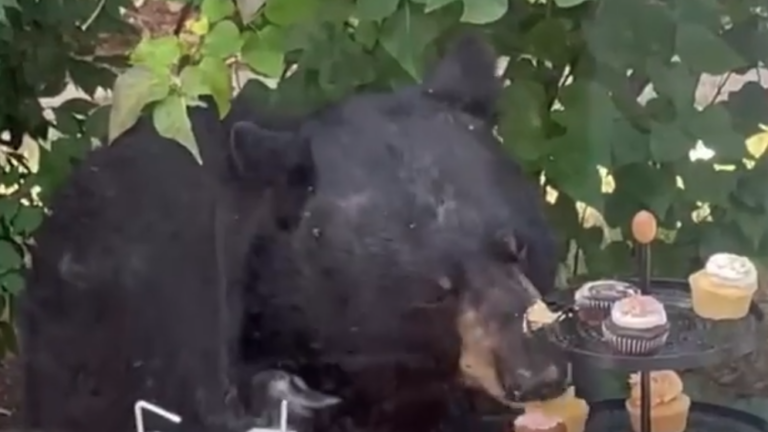