The Animal Rescue League of Boston and local police are investigating after a small, sick, and emaciated dog was found abandoned along the East Coast Greenway bike trail in Malden.

The approximately 1-year-old Chihuahua, who was named Bailey by the person who found him, was spotted Monday, July 25, “huddling in some bushes” in the area of Dell and Branch streets, according to a release from the ARL and Malden police.

The good Samaritan wrapped the tiny dog in a blanket and took him to the Malden Police Department.

After receiving treatment at an animal hospital in Charlestown, Bailey was transferred to ARL.

The dog tested positive for giardia, a parasitic illness which could mean he was previously living in unsanitary conditions, but is now receiving treatment.

Officials noted that Bailey is not currently available for adoption and there is not yet a timeline for when he will be available, as he “has suffered greatly and will take some time to get healthy and be ready to find a new home.”

Bailey will continue to receive veterinary care, which includes medicated baths and a re-feeding schedule which will ensure he gains weight slowly and safely, officials said.

Donations can also be made here to assist in Bailey’s recovery. 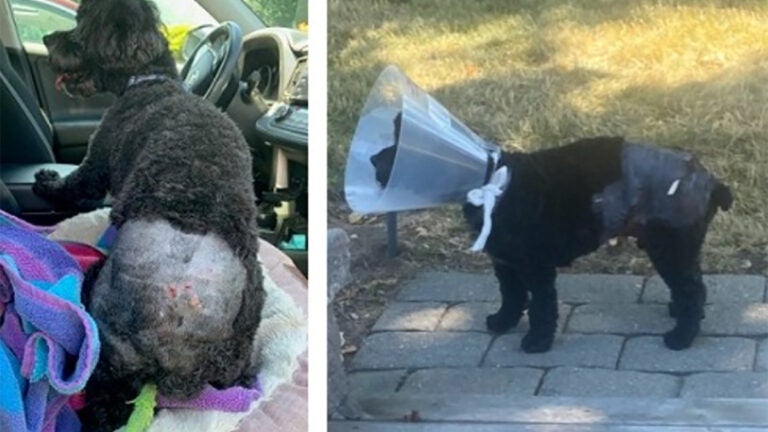