Students at public colleges and universities in Massachusetts must now legally have access to medication abortion through their school’s health services or through immediately accessible local resources, thanks to a bill Gov. Charlie Baker signed into law Friday.

The part that impacts college students (“An act to require public universities to provide medication abortion”) is just one part of sweeping Bill H.5090, “An act expanding protections for reproductive and gender-affirming care.”

State senators Lindsay Sabadosa and Jason Lewis, alongside reproductive rights advocates including Planned Parenthood, the ACLU, and the grassroots organization Reproductive Equity Now, drafted and filed the bill back in January.

“It was previously introduced and passed in the state of California,” Sabadosa told Boston.com. “The idea came because I was at a meeting with UMass Amherst students discussing health care and ways that we can expand access and one of the students said, ‘Hey, I’ve been following this thing that’s been going on in California and I think we should do it here.’”

Though Sabadosa and Lewis were pushing to get medication abortion accessible to college students before Roe v. Wade was overturned, that “shocking” court decision added urgency to getting the bill passed, Lewis said.

“That really galvanized the legislature to respond, and the legislature certainly wanted to make sure we’re providing protections to our health care providers who provide reproductive care, including abortions,” Lewis told Boston.com.

The new law requires that public Massachusetts colleges and universities submit a plan outlining how they will provide medication abortions — which typically entail the use of the drugs mifepristone and misoprostol to safely end a pregnancy during the first nine weeks — or assist their students in the process of getting one if they don’t have the ability to do so on campus.

Those plans are due to the Massachusetts Department of Public Health (DPH) in November 2023, with a deadline for DPH to review those plans by January 2024.

An earlier version of the bill required public colleges and universities to provide medication abortions themselves, but since not all schools already have health services on campus, this would be inequitable. The wording was changed to allow outside resources as well, as long as the school has a solid plan in place.

Reproductive Equity Now, who was involved in the bills and especially advocacy around it, is offering to help schools get those plans ready.

“We are willing and prepared to work with [colleges and universities] across the state to make sure that they have the resources and the tools they need to be able to implement this to its greatest capabilities,” Taylor St. Germain, the communications director for Reproductive Equity now, told Boston.com.

She outlined the work schools have to do to set forth a plan.

Sabadosa echoed this sentiment, clarifying that they’re not trying to get health centers to turn into clinics, but rather make “students feel like their health center is a place that they can go for care regardless of what it may be.”

By keeping students seeking medication abortions on campus or referring to specifically selected local places, the new law prevents them from accidentally going to crisis pregnancy centers — centers that appear to be reproductive health care clinics that actually provide no abortion care or abortion referrals.

This law really will make a difference in the lives of abortion-seeking college students, based on a study by Smith College professor Carrie Baker from May 2021. The study, “Barriers to medication abortion among Massachusetts public university students,” found that an estimated 50 to 115 of Massachusetts public university students obtain medication abortion services each month. Those students have to travel between 2 and 42 miles to reach their nearest abortion facility and travel time on public transportation to reach their nearest facility takes between 18 and 400 minutes. The population-weighted averages were 19 miles each way and 103 minutes each way.

“This is a population where access to abortion care is particularly important,” Lewis said. “This can be a major crisis for them and that just should not be the case here in Massachusetts.” 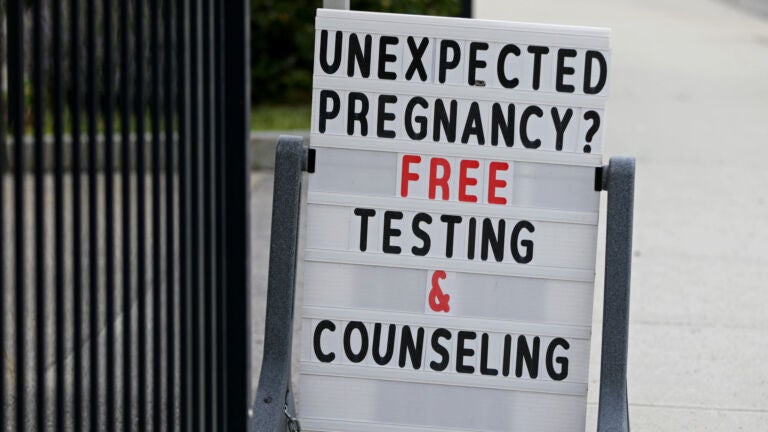