The Christian flag that spawned a Supreme Court case when the City of Boston denied flying it at City Hall is now on display, but the flag requested to be flown by the Satanic Temple in response to the ruling still hasn’t been approved, according to MassLive.

In early May, the Supreme Court unanimously ruled that the City of Boston violated the First Amendment rights of Camp Constitution, a New Hampshire Christian group, when officials refused to fly their flag at City Hall in 2017.

In response, the Salem-based organization The Satanic Temple requested to have its flag, which depicts an upside down pentagram and the head of a Baphomet surrounded by black and white stars and stripes, flown during Satanic Appreciation week, which is July 23 to July 29.

“When public officials are allowed to preference certain religious viewpoints over others, we do not have Religious Liberty, we have theocracy.”

The City has repeatedly said that it stopped its flag-flying program in 2021, but it has not explained why Camp Constitution’s flag is being flown.

The Supreme Court ruled in May that the City was wrong to deny Camp Constitution, which is run by West Roxbury resident Harold Shurtleff, a permit to raise a white banner with a red Christian cross in connection with Constitution Day on Sept. 17, the date the U.S. Constitution was signed.

According to The Boston Globe, between 2005 and 2017, the City approved 284 requests to fly flags outside City Hall from a variety of organizations and causes. During that time, only Shurtleff’s request was denied.

“We conclude that, on balance, Boston did not make the raising and flying of private groups’ flags a form of government speech,” now-retired Justice Stephen Breyer wrote in the majority opinion.

“That means, in turn, that Boston’s refusal to let Shurtleff and Camp Constitution raise their flag based on its religious viewpoint [abridged their freedom of speech].”

Breyer wrote that if the City had expressly endorsed the message printed on the flag, it would have qualified as government speech, and the City could approve or deny requests however it wanted.

“The First Amendment’s Free Speech Clause does not prevent the government from declining to express a view,” he wrote.

But because the City didn’t give a reason for declining the flag other than the religious association, it violated the right to freedom of speech, the court decided.

“While the historical practice of flag-flying at government buildings favors Boston, the city’s lack of meaningful involvement in the selection of flags or the crafting of their messages leads us to classify the flag raisings as private, not government, speech — though nothing prevents Boston from changing its policies going forward,” Breyer wrote.

Boston Mayor Michelle Wu said in response to the ruling that the City would come up with policies for displaying flags at City Hall.

City Hall typically flies three flags — the American flag, the Massachusetts flag, and the flag of the City of Boston.

The Satanic Temple is also suing the City of Boston after having asked to give the opening invocation at a Boston City Council meeting at least three times, WBUR reported.

The Satanic Temple was told the council doesn’t accept requests, but council policy allows each council member to invite a speaker to deliver the opening prayer before each meeting, the organization told WBUR. 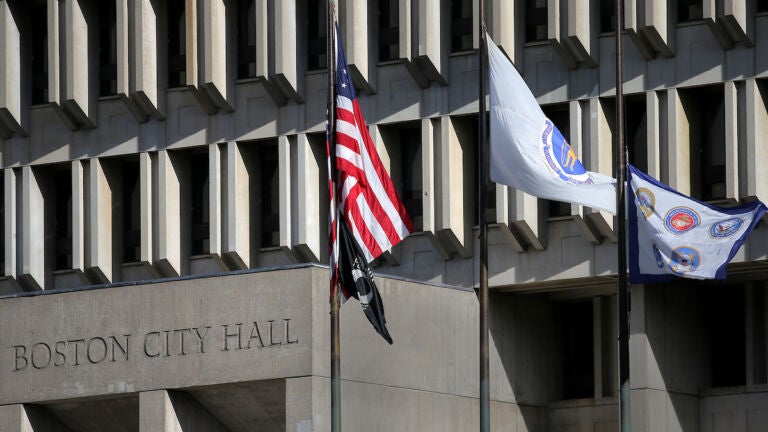