A man’s vehicle was smashed and his face cut when a piece of construction material plummeted out of the sky Wednesday.

The incident happened just before 11 a.m., according to The Boston Globe, at 370 Congress Street in the Seaport District. An officer near a construction site there was flagged down to respond to a report of an injured person. More officers were called to the scene, where they found a gray Toyota Rav4 with its windshield smashed and its roof nearly caved in.

First responders found a man who was bleeding from his face. He told them that the incident happened while he was waiting for a red light, the Globe reported. He was taken to Tufts Medical Center and was treated for non-life-threatening injuries to the head and face.

A spokesman for Suffolk Construction told the paper that a curtain wall embed measuring one foot wide fell from a construction project and hit the car.

The construction site was shut down and the US Occupational Safety and Health Administration is investigating.

“In an abundance of caution, Suffolk has voluntarily shut down the 400 Summer St. project site to conduct a comprehensive review of the site and the trade partners’ adherence to Suffolk’s strict safety standards,” he said in a statement to the Globe.

City officials are planning to meet with unions and construction company representatives Thursday to discuss the issue and how they can prevent future accidents, Boston Mayor Michelle Wu told the paper.

“While I’m relieved no one was seriously injured today, we’ve had too many recent construction worksite incidents,” she said in a statement e-mailed to the Globe. “Tomorrow we are hosting a meeting with unions and construction companies to discuss ways to partner in ensuring work sites are safe and avoid any future incidents.” 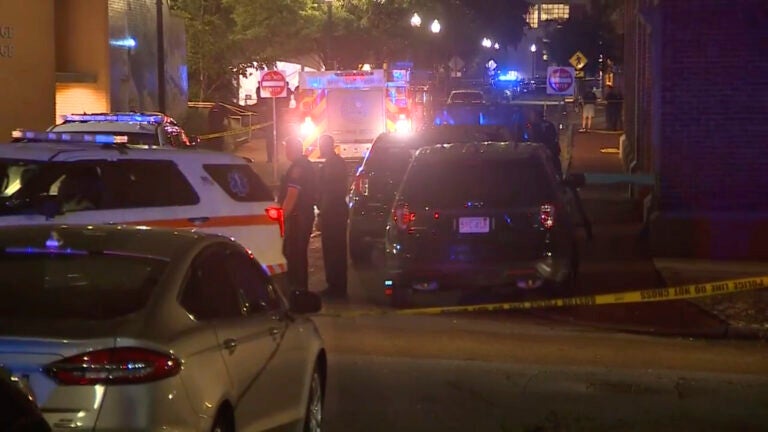