A man was killed early Wednesday morning when police said his car was struck by a van being driven the wrong way by a drunken driver down I-495 in Hopkinton.

State police said troopers received reports of a car driving southbound on the northbound side of the interstate around 12:15 a.m. While troopers were on their way to the scene, the wrong-way vehicle, which police said was driven by 29-year-old Devin Arroyo of Taunton, struck two cars that were traveling north.

The initial investigation indicates that the Ford Transit van driven by Arroyo first struck an Infinity, which was then struck by a tractor trailer operated by a 41-year-old Providence man, who was unable to stop in time. The van rolled over after striking the Infinity.

Police said the Infinity’s driver, whose name has not been released by authorities, was taken to University of Massachusetts Medical Center in Worcester where he was pronounced dead from the injuries he sustained in the crash. Arroyo was also taken to the hospital with minor injuries; the driver of the tractor trailer was not injured.

Investigators say they determined that Arroyo was operating under the influence of alcohol. Police said he was arrested at the hospital for OUI-liquor, but that additional charges may be filed upon completion of the ongoing investigation.

Following the crash, all lanes of I-495 northbound at exit 58 were closed and traffic was diverted until about 4:50 a.m.

The investigation into the crash remains ongoing, police said. 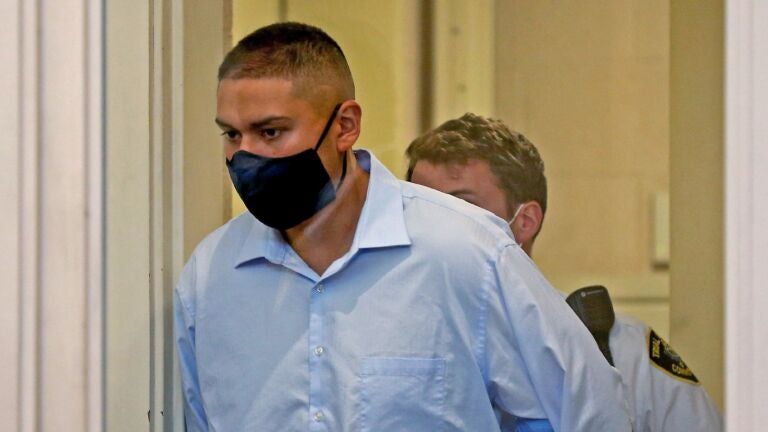 Ex-Mass. state trooper arraigned in I-93 crash that killed motorcyclist