A fire in Chelsea Wednesday morning put six people in the hospital and left more than 30 people without a home.

The five-alarm fire tore through a triple-decker home just after midnight on Cottage Street Wednesday morning, according to NBC Boston.

“It was a very, very labor intensive fire — five alarms worth of companies, all our mutual aid partners. Our first arriving companies did a tremendous job — a tremendous job. Very strong work to contain this to the building of origin,” Chelsea Fire Department Chief Leonard Albanese said, according to WCVB.

The entire rear of the building was burning on all three floors, according to Albanese.

Of the six people rushed to the hospital, two were firefighters, according to Boston 25 News.

One person on the third floor was rescued by firefighters, but the rest of the people in the building got out on their own, according to Boston 25 News.

In total, 23 adults and nine children were forced to evacuate the home, according to Boston 25 News, and the Red Cross is assisting them.

The State Fire Marshal’s office is now investigating the blaze, according to Boston 25 News. 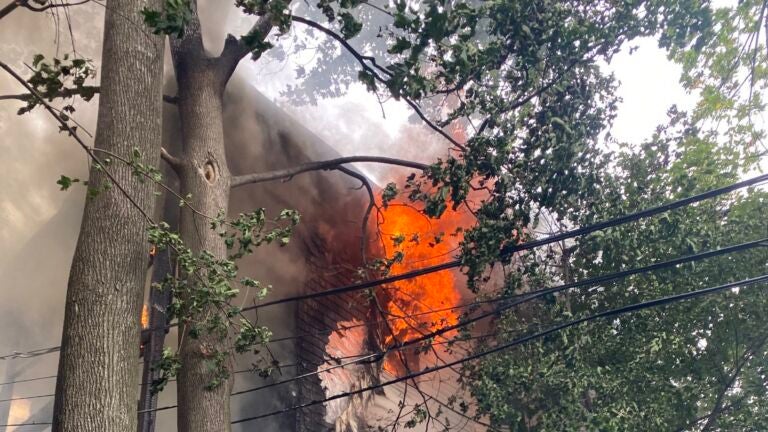