This weekend, security at Logan Airport flagged a weapon no larger than a pen in a passenger’s carry-on luggage. The weapon, a .22 caliber single shot firearm, or pen knife firearm, was discovered during a routine screening of luggage Saturday afternoon.

The tiny weapon was not loaded, Lorie Dankers, a spokesperson for the Transportation Security Administration, said in an email statement to Boston.com, and the passenger was destined for Portland International Airport in Oregon.

Once TSA agents saw the weapon on the x-ray screen, they notified the Massachusetts State Police, who responded to the checkpoint and interviewed the traveler, according to Dankers. The passenger was allowed to continue to his flight.

Pen guns are designed to resemble a normal pen, but in reality are single-shot pistols that fold “‘open like a Transformers toy to reveal a tiny trigger,” Dankers said.

According to a tweet from the New England branch of TSA, the pen gun was the 17th firearm detected in carry-on luggage at Logan Airport this year.

“Kudos to the TSA officers on duty who spotted this image on the X-ray screen, ensuring this potential security threat did not make it onboard the aircraft,” Dankers wrote. 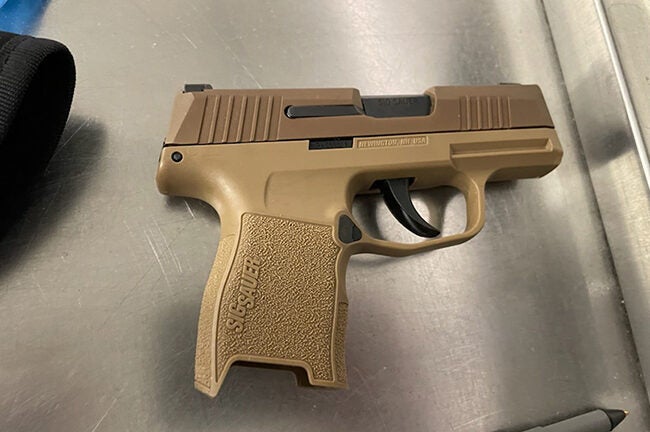