Firefighters were battling a five-alarm warehouse fire on Roberts Road in Dudley late Thursday night, officials said. Spencer Fire and Emergency Services confirmed that the blaze had reached five alarms in a Twitter post about 10:30 p.m., saying that Dudley officials had requested a fire engine from Spencer for station coverage there.

Leicester firefighters also responded to a request for station coverage, the department said in a tweet. The fire was at 38 Roberts Road, according to Gregory Lynskey, director of the South Worcester County Communications Center, who said he had no further information. That address is listed online as the location of Mace Polymers & Additives Inc.

The state sent a team from the Hazardous Materials Emergency Response Division to Dudley “to monitor air quality for potential hazards at a … warehouse fire,” Jake Wark, a spokesman for the Department of Fire Services, said in an e-mail. The department also sent a rehab unit to support firefighters at the scene and “an Incident Support Unit, which serves as a mobile command post to support local incident commanders,” Wark said.

Finish the story at Boston.com. 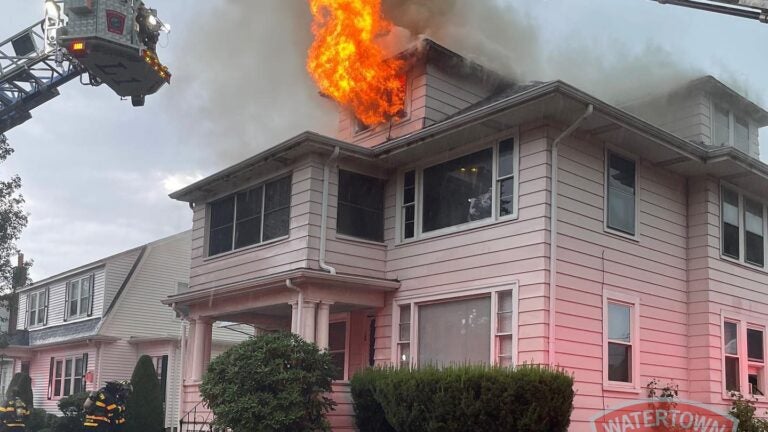