The Massachusetts National Guard has been brought in to help fight the Briarwood Fire, which has been burning for more than a month across a 19-acre area in Rockport, Gov. Charlie Baker announced Thursday.

The Briarwood Fire is one of more than 800 wildfires reported this year in the state which have burned a combined 1,248 acres, according to the Department of Conservation and Recreation Bureau of Forest Fire Control and Forestry.

With close to 40% of the state experiencing “extreme drought,” state officials are warning the public “to take special care around any outdoor activities that increase the risk of brush and forest fires such as grilling, camping, smoking, and using power equipment that can reach high temperatures, such as lawnmowers and ATVs,” the statement noted.

On Tuesday night, Natick and Sherborn firefighters – with support from Framingham, Wayland, Ashland, Hopkinton, and Dover – battled a large brush fire near a Mass Audubon property.

“While no structures are threatened, the safety of the public is still a concern,” Lynn officials wrote on the city website.

Fires have affected 26 acres of Lynn Woods Reservation, the fire department said in a statement posted to Facebook on Thursday.

“Until we see some significant rain, this will most likely be a long duration event,” the statement said. “There is currently no time frame that the reservation will be open to the public again.”

On Friday, the department posted an update, writing, “No major change overnight. The low-lying smoke was a nuisance as it was blowing in the direction of Peabody/Salem. This morning that direction has changed and it is now heading towards West Lynn and Nahant.

“Companies along with state forestry will make their way into the woods to evaluate each fire and continue operations,” the statement continued. “While we know the smoke is a nuisance and these fires are burning deep underground, it poses NO THREAT to any structures bordering the woods at this time.”

The state Department of Conservation and Recreation has asked to public to keep an eye on its Twitter account for updates regarding the status of Breakheart Reservation. As of Friday, it remains closed to the public amid “ongoing wildfires causing heavy smoke and active fires along the paved path.” 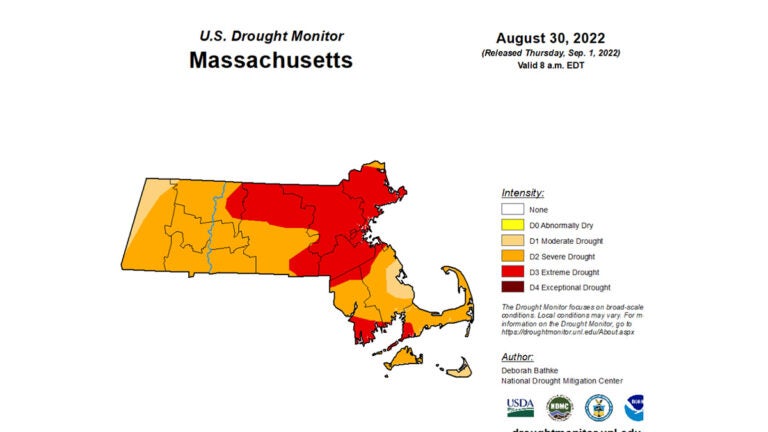