The fire occurred on the exit 131 eastbound ramp, towards Cambridge, according to Massachusetts State Police. Members of the Boston Fire Department and the Cambridge Fire Department responded to the blaze.

The ramp was closed to traffic by 3:45 p.m., MassDOT said on Twitter.

The department posted images of scorched mattresses and other bedding material spilling out onto the roadway. Some of the debris landed on the roof of a shed below the ramp while still on fire.

The incident was cause for a “major cleanup,” fire officials said on Twitter.

The fire was extinguished by 5:15 p.m., according to state police. Troopers and tow truck operators were working together to remove the truck, less than half of which remained intact.

The vehicle was removed by 6:30 p.m., according to The Boston Globe, and all lanes reopened to traffic.

Those inside the truck were not injured, police told the Globe, but one firefighter was brought to Massachusetts General Hospital for treatment.

Information about what caused the fire has not yet been released. 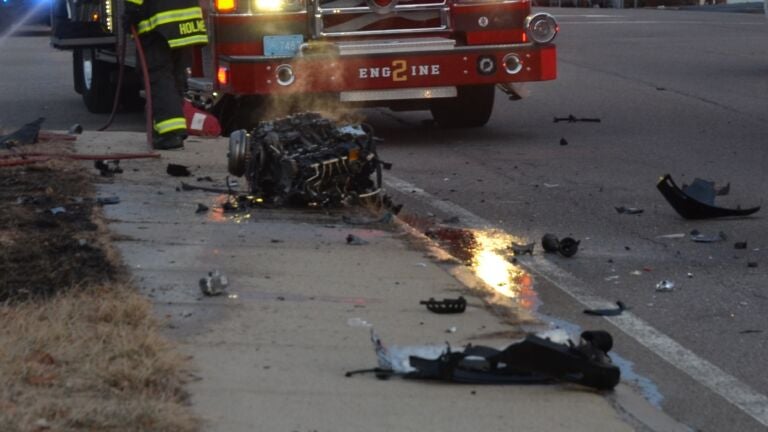