A popular Block Island restaurant, bar, and inn has temporarily lost its liquor and entertainment licenses just weeks after police were called in to break up a brawl that started at the beach resort and carried onto the ferry earlier this month.

Following the reggae festival incident, Block Island residents and business owners raised concerns in letters to the town council, detailing other examples of disorderly conduct, underage drinking, and noise issues. These issues, which caused New Shoreham police and firefighters to stop by the beach resort 49 times in response to various complaints from May 1 to Aug. 19, were detailed in a recent report by The Boston Globe.

Around midnight Tuesday, at the close of a nearly six-hour show-cause hearing, the New Shoreham Board of License Commissioners voted unanimously to suspend the beach resort’s licenses for 14 days.

“There have got to be ways of not letting something like this happen again — foreseeing such things,” Councilwoman Martha Ball said as the councilors discussed sanctions. “And I don’t want us to get in a place where we’re here again next year.”

Ball, emphasizing the need for change at the beach resort, added, “It has to happen, and it’s not going to happen, absent some serious measures.”

Ahead of the decision, Brian LaPlante of LaPlante Sowa Goldman in Cranston, an attorney representing Steve Filippi, owner of Ballard’s, tried to shut the hearing down completely, accusing the five-member board of bias, the Globe reported.

“The commissioners have actively solicited against Ballard’s, made statements adverse to Ballard’s, and have displayed your prejudgement against my client,” LaPlante said, as reported by the Globe.

Filippi also testified, saying he had brought in extra security for the Aug. 8 event and “there has never been a problem in the last six years” of the resort hosting the reggae festival, according to WPRI.

The full hearing, which was livestreamed Monday night on YouTube and has more than 4,000 views, can be watched below: 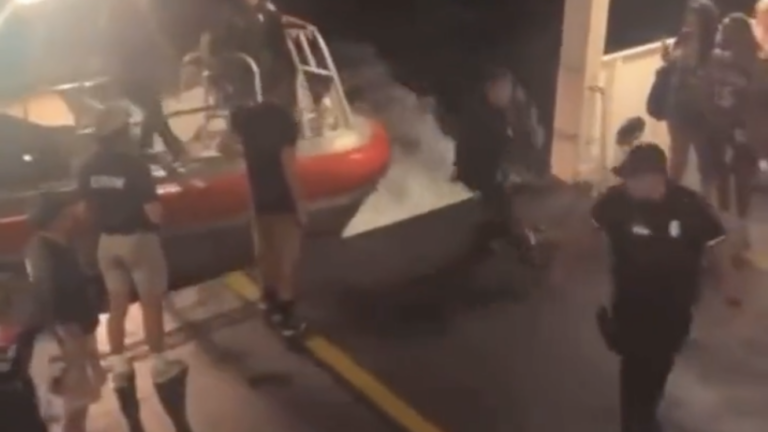