Canine tragedy has struck at least three communities in the Greater Boston area in the last few weeks, the MetroWest Daily News reports. As summer winds down, coyotes are preparing for winter, which has unfortunately led to at least three dog deaths.

“Right now, they’re packing weight on and getting ready for winter,” Jennifer Condon, owner of Boardman’s Animal Control in Maynard who also acts as animal control officer, told the newspaper. “They have to pack on their weight to survive in winter.”

Dogs have been reportedly killed by the wild canines in Concord, Sudbury, and Wayland.

While spring is the most active time for coyotes, right now sees elevated levels of activity too, in part because the animals born in the spring are maturing.

“Now you’ll see the juveniles out and about,” Condon said. “They know how to kill, and you’ll start hearing them howling in the woods.”

Condon told the MetroWest Daily News the incident in Wayland led to the death of an elderly one-eyed pug.

The Sudbury incident involved a 10-pound Shih Tzu being grabbed by two coyotes and carried off into the woods, police spokesman Lt. John Perodeau told the newspaper.

Condon didn’t know much about the Concord situation but believed it involved a smaller dog, too.

As coyotes try to put on weight for the winter and are more active, it’s a good idea to not let small animals out by themselves, she said.

“People really need to pay attention to their surroundings,” Condon said. “It hasn’t been good.”

The state also has some recommendations to prevent conflicts with coyotes. The Division of Fisheries and Wildlife recommends avoiding feeding coyotes, whether purposely or on accident. Best practices include securing garbage in tough plastic containers, keeping bird feeder areas clean as they can attract small mammals coyotes prey on, and feeding pets indoors. The agency also recommends installing fencing that is at least 6 feet tall around livestock and clearing fallen fruit from around trees.

Another way to discourage coyote activity in your neighborhood is eliminating places the canines might take shelter. The state recommends closing off crawl spaces and trimming brushy edges.

Scaring or threatening coyotes with things such as loud noises, bright lights, or water sprayed from a hose can help keep coyotes wild and not accustomed to interacting closely with humans, the agency said.

Visit Who is the 'Merchant of Death' Viktor Bout? 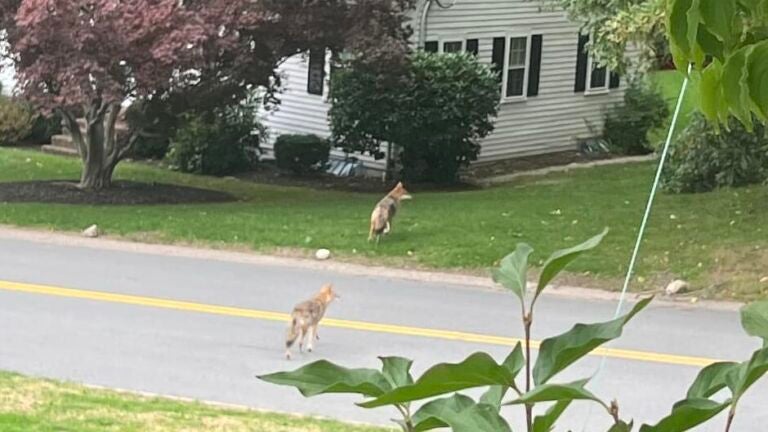