As the summer winds down and kids head back to school, beach season is coming to a close, but that doesn’t mean shark activity is slowing down.

On Tuesday shortly before 11 a.m., someone spotted a white shark feeding on a seal offshore near Orleans.

Most of the other sightings — unsurprisingly — were along the shores of Chatham and Orleans, including near North Beach Island, Monomoy Island, and Nauset Beach where sharks are often spotted hunting seals.

Someone also spotted a white shark “cruising along (the) surface” in Saco Bay off the coast of Maine on Tuesday morning.

The conservancy sent out a tweet this week, reminding the public to continue to pay attention to shark advisory signs, even as the summer winds down.

“It’s important to note that white sharks are still in the area, hunting & feeding on seals in shallow water,” the nonprofit tweeted.

For some other recent shark videos, see the tweets below: 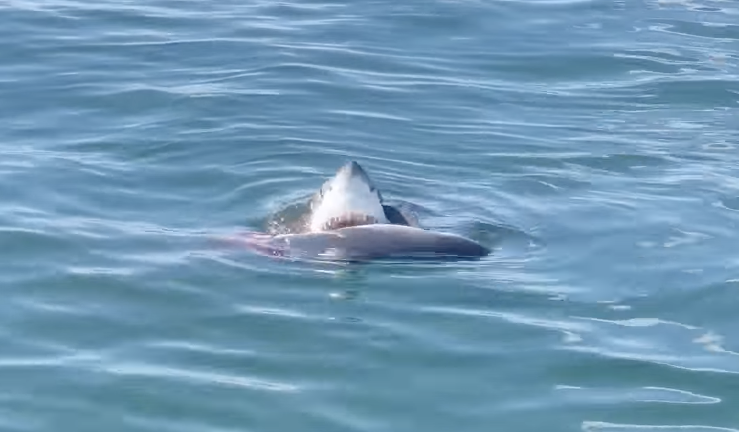