On Wednesday, two months after the Federal Transit Administration (FTA) concluded its wide-ranging safety inspection of the MBTA’s subway system, officials released their full findings in a 90-page report. The report, which documents findings from April 14 to June 30, is critical of the MBTA on numerous fronts.

In response, the MBTA launched its new Quality, Compliance, and Oversight Office to address the issues laid out by the FTA. The office will operate outside the T’s current organizational structure to make the changes federal officials say are necessary. It will publicly report each month on its progress, the agency said in a release.

“The MBTA’s number one priority remains safety for both our riders and our employees. We are grateful to the FTA for their recommendations as we build on numerous actions and initiatives already in place across the organization to strengthen our safety management,” said MBTA General Manager Steve Poftak in a statement.

The findings made by federal officials were broken down into five categories. This is what you need to know.

First, the FTA said that the MBTA placed an oversized emphasis on capital projects in recent history, to the detriment of the agency’s regular operations and maintenance. This has allowed the T to operate without the adequate amount of staffing, training, or supervision. In turn, those staffing issues have fueled a lack of safety oversight for the capital projects that the T has decided to focus on.

The lack of balance between capital project spending and operations and maintenance is at the core of the T’s numerous safety issues, which are what prompted the FTA inspection in the first place.

While the T’s current leadership has increased the number of budgeted positions, they don’t reflect the true staffing needs because they don’t take into account the extra responsibilities associated with delivering capital projects. The FTA estimates that the overall MBTA transit system might be between 1,500 and 2,000 positions short in managing current activity.

The result is an overwhelmed organization, with “chronic fatigue” plaguing key staff members and a limited amount of professional development opportunities. The emphasis on capital projects leads to a lackluster safety culture.

“FTA found that unwritten norms have emerged that emphasize a ‘get it done and go’ mentality over following safety rules or ensuring compliance with minimum safety standards, particularly when staff are working 12 to 16-hour days, six days a week,” the report said.

According to the FTA, the T has not established adequate structures to support its SMS (Safety Management System). In essence, the agency has not been able to identify and analyze safety information properly.

Federal officials reviewed the T’s high level SMS implementation plan, but found that it lacked “basic project management principles, including actionable details.” The T did not provide any documentation that reflected the overall plan or detailed specific tasks and responsibilities.

“FTA finds that the difference between safety data (facts) and safety information (interpretation of the facts to support action) is not evident in MBTA’s SMS processes. MBTA Leadership cannot effectively prioritize resources to address safety concerns without clear safety information,” the report said.

The T’s executive leadership has not yet provided explicit direction about the type of safety information it requires, or the organizational structures that allow safety data to move “ from the field to the Board room,” according to the report. This results in senior managers either being left without priorities or establishing their own independently.

The FTA found that the T lacks “routine, consistent, and meaningful communication” on safety issues across all the agency’s departments, and with its frontline workers. Further, federal officials said that the T doesn’t have the formal provisions in place that would ensure information from safety committees actually results in consistent outcomes of actionable information.

The T does have multiple safety committees and working groups, which the FTA analyzed. These are regularly convened, and are the primary area where safety-related decisions are hashed out.

But through interviews and reviews of records, the FTA found that information from these meetings is not formally captured within the MBTA. This is a “fundamental flaw,” the FTA said, and that T could not provide meeting minutes or other documentation regarding the safety issues discussed.

The T said that this is a “work in progress,” and that it is working on creating a consistent format for capturing and communicating meeting information. The FTA described communications regarding what is decided at the meetings “informal at best.”

This lack of documentation can lead to an absence of clear responsibilities regarding implementation and monitoring, and undefined timeframes for improvement, the report said.

As part of its work, FTA officials reviewed how the T actually implements specific rules and procedures. Too often, the T is not meeting its own written requirements, the report said, and it does not have adequate ways to ensure that it does.

The FTA found a wide array of violations when it inspected MBTA operations. This includes the inappropriate storage of chemicals in rail yards, a train speeding through a work zone, and incomplete repairs.

Federal officials said they reviewed over 100 reports regarding major safety incidents at the T.

“In over 85 percent of these reports MBTA identified non-compliance with at least one safety, operating, or maintenance rule as a primary or contributing cause of the accident. Review of these reports also reveals the frequent use of unvetted and ad hoc shortcuts in work practices, outdated procedures that have not kept paces with changes in work environments, violations of safety rules to meet deadlines or vehicle counts, and lack of time and resources to review and update rules and procedures to align them with system changes,” the report said.

Issues extend beyond the MBTA

Finally, the FTA investigated how the Massachusetts Department of Public Utilities (DPU) handles oversight of the T’s subway system. It found that the DPU was not “actively engaged” in overseeing how the T implemented FTA safety requirements.

“DPU does not use its available resources as effectively as it could to support field observations, audits, and inspections of MBTA’s rail transit system to identify safety deficiencies and require their immediate resolution,” the report said.

Although the DPU has “significantly” increased its staffing since 2019, many employees are somewhat new and still learning safety requirements, the report said.

The DPU is actively overseeing the T’s safety investigations, but federal officials remain concerned that the DPU is not using its enforcement  authority to ensure various issues are actually addressed in a timely manner. 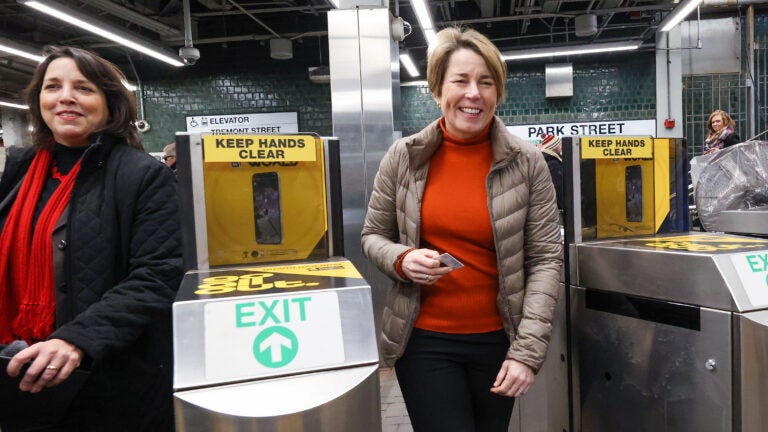