Cohasset police are warning the public about coyote attacks after two recent incidents resulted in the hospitalization of a man and the death of a dog.

Cohasset police said in a news release Thursday that in the early morning hours of Aug. 27, they were dispatched to a home on Highland Avenue for a report on an incident between seven coyotes and two dogs.

Police said the dogs were off leash when they were approached and attacked by the coyotes. One of the dogs who was attacked was later euthanized due to extensive injuries it suffered as a result of the attack.

Then, police said, at approximately 8:30 a.m. that same day, a man and his two dogs were were attacked by a coyote while on the blue trail in the Whitney Thayer Woods by Brass Kettle Brook. The two dogs were also off-leash at the time of the attack.

The man was taken to a hospital after the attack, but has since been released.

Natural Resources Officer Josh Kimball said in the release that while coyotes are active year-round, there’s often increased activity as winter approaches and they hunt in preparation.

He added that wild animals often see smaller pets as potential food and larger pets as competition, both of which can lead to an attack.

If you see a coyote, Kimball said, do not be intimidated. Instead, try to scare them away.

“To ensure our community members’ safety, we encourage residents to be aware of their surroundings and monitor their animals at all times,” he said in the release.

This incident is the latest in a string of coyote attacks and sightings in eastern Massachusetts that have happened over the last few weeks.

On Aug. 25, coyotes were reported to have attacked dogs in Sudbury, Concord, and Wayland.

Coyotes have recently been spotted in multiple locations around Wilmington. 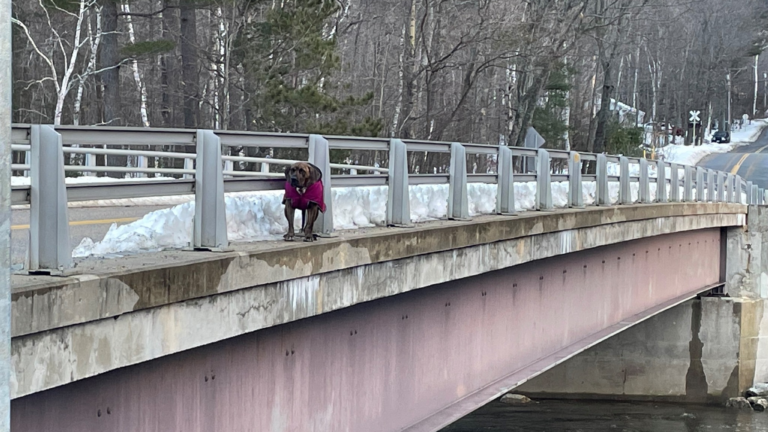 A dog was found dangerously close to the edge of an N.H. bridge. Now, its owners have been arrested.