Four injured hikers were rescued from mountain trails by New Hampshire Fish and Game Department rangers in four separate incidents over the weekend.

The first rescue happened Saturday afternoon, the department said in a news release. Rangers got a call about an injured hiker on Blueberry Mountain in Benton around 2:10 p.m.

The hiker, 55-year-old Jeanette Perra, of Brattleboro, Vermont, was hiking the mountain with her husband when she suffered a leg injury that kept her from being able to hike down, the release said.

A rescue team responded to the mountain and used an ATV to drive over a mile in before hiking the rest of the way to Perra, the release said. They carried her down the trail to a waiting ATV and drove her back to the trailhead.

The release said Perra was then taken from the trailhead by her husband for further medical treatment.

Rangers received the next two calls for help around 2 p.m. on Sunday.

One was for an injured hiker on the Gorge Brook Trail on Mt. Moosilauke in Benton, according to a news release.

The hiker, 33-year-old Diana Stroud, of Belmont, Massachusetts, was hiking a ridge loop on the mountain alone when she suffered a lower leg injury that stopped her from being able to hike down the mountain, the release said.

A rescue team hiked up the trail and found Stroud 2.75 miles from the nearest road around 4 p.m. Once there were enough rescuers, Stroud was carried down the trail.

Also around 2 p.m., rangers received a call about a hiker who was suffering from severe dehydration symptoms near the summit of Mt. Osceola in Livermore, according to a news release. The hiker, 72-year-old Karen Johnson, of Meriden, Connecticut, was unable to continue climbing down to the trailhead.

A rescue team responded, but passing Good Samaritan hikers had already stopped to help Johnson rehydrate. She was then able to begin hiking again without help, the release said.

Two members of the rescue team met with Johnson on the trail at 3:41 p.m. and hiked with her the remaining 1.1 miles to the trailhead, the release said. They arrived there without further incident by 4:30 p.m.

Finally, at 4:50 p.m., rangers received a call about an injured hiker on the Falling Waters Trail in Lincoln. Karen Mannion, 59, of Nashua, New Hampshire, had fallen and suffered a serious injury to her upper leg.

A rescue team reached Mannion at 5:30 p.m. and provided medical treatment, the release said. They then carried her nearly a half-mile down the trail to I-93 where she was met by an ambulance and taken to Littleton Regional Healthcare.

“Conservation Officers would like to remind everyone planning to enjoy the outdoors to think ahead and make safe decisions. The White Mountains are rugged and unforgiving,” the Fish and Game Department said in the release.

For more resources on how to hike safely, the department recommends visiting www.hikesafe.com. 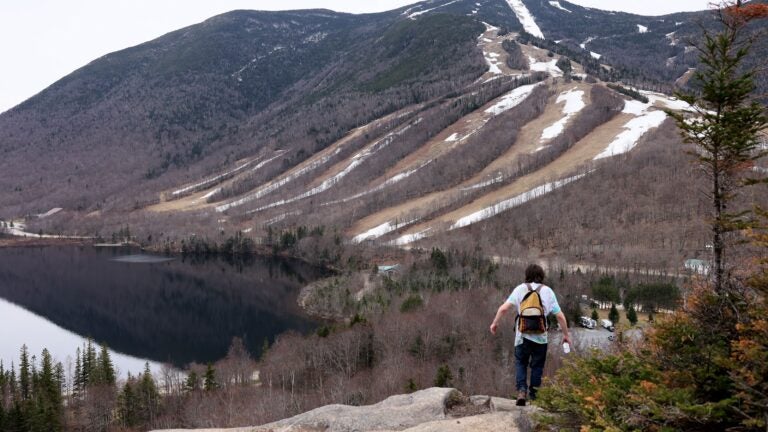