A shark was sighted off Nahant Beach Reservation on Monday, prompting officials to urge caution for beachgoers.

Officials also posted purple warning flags — indicating dangerous marine life — along the state-run North Shore beach, according to a tweet from the Department of Conservation and Recreation. The tweet also noted that lifeguard services have concluded for the season.

No further information was immediately available. Shark sightings off Massachusetts increased in frequency over the summer, particularly off Cape Cod. Researchers have attributed this to a variety of factors, including warmer waters and new migration patterns. 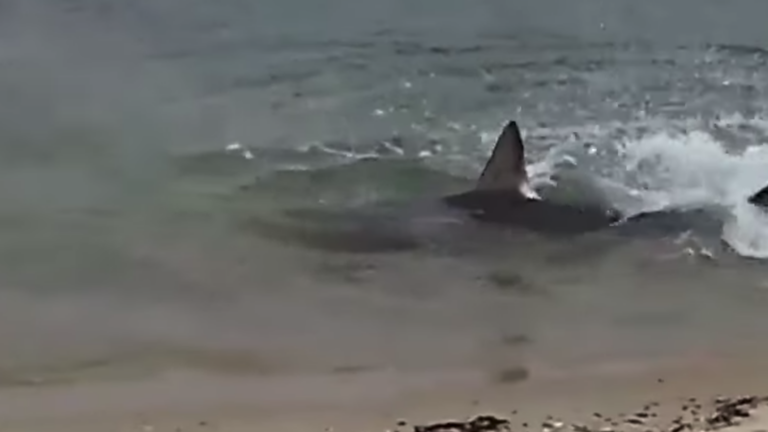 Watch: Vineyard woman and her dog come nearly nose-to-nose with shark near the shore