Ten New England landmarks have had their name changed to remove a derogatory term for indigenous American women.

The landmarks’ names changed because they include the word “squaw,” which originally was just the Algonquin word for “woman,” but over the years, it has been used as a racist and sexist term for Native American women.

In November 2021, Interior Sec. Deb Haaland issued a secretarial order which deemed the term derogatory and tasked the U.S. Geological Survey (USGS) to identify landmarks with the term in their name with the intent of renaming them.

“Racist terms have no place in our vernacular or on our federal lands. Our nation’s lands and waters should be places to celebrate the outdoors and our shared cultural heritage – not to perpetuate the legacies of oppression,” Haaland, who is part of the Pueblo of Laguna tribe in New Mexico, said in a news release about the secretarial order.

Since then, the USGS has identified over 650 geological features with the word “squaw” in the name. Five of these landmarks are in Massachusetts, three are in Connecticut, one is in New Hampshire, and one is in Maine.

The review process Haaland created for the renaming of the landmarks included soliciting suggestions from locals about what a suitable replacement name would be.

The USGS did not identify any geological features with the word “squaw” in them in Vermont or Rhode Island.

There have been mixed reactions to the renaming of these landmarks in Massachusetts.

In Barnstable, local indigenous people were split as to whether Squaw Island should be renamed.

In Quincy, local indigenous people, the mayor, and at least one city councilor opposed the name change.

But in Great Barrington, local indigenous people supported the name change and took the opportunity to rename Squaw Peak to Peeskawso Peak, which includes the Mohican word for “virtuous woman.”

In her secretarial order to have the names of landmarks changed, Haaland also created the Advisory Committee on Reconciliation in Place Names to look further into identifying and changing names of landmarks that include derogatory words.

Haaland’s effort to remove derogatory terms from landmark names is not unprecedented.

According to the news release, in 1962, Interior Sec. Stewart Udall identified the n-word as derogatory and ordered the Board on Geographic Names (BGN) to develop a policy to eliminate its use. In 1974, the BGN identified a pejorative term for Japanese people as derogatory and eliminated its use.

Furthermore, the news release said, several states, including Montana, Oregon, Maine, and Minnesota, have passed legislation banning the use of the word “squaw” in place names. 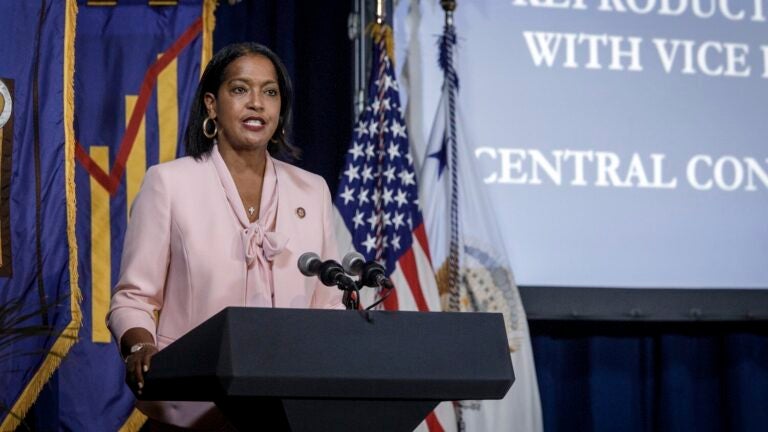 The most surprising battleground for the House: New England