Normal routines and operations have been ongoing at Northeastern University in the days after a reported package explosion prompted law enforcement to descend upon the campus and investigate.

Initial information from police indicated that a university employee sustained minor injuries in the Tuesday evening incident, but in the days since, anonymous sources have told multiple media outlets that federal authorities are probing whether the employee may have misled investigators and staged the event.

But even as questions continue to swirl about the incident, life on Northeastern’s campus has resumed as normal, according to school officials.

Renata Nyul, vice president of communications at Northeastern, said in a statement that since Tuesday, the university has made “extensive resources” available to “students, faculty and staff who need it.”

“The campus has been fully operational and safe with no ongoing threat to our community,” she said. “The investigation into Tuesday night’s incident is being handled by local, state and federal law enforcement agencies. Information will be shared with the public based on the determination of the FBI.”

On Wednesday, the university announced that classes, research, and all other campus activities resumed.

The school said that staff in residence halls were available to speak with students and provide support to students. Confidential counseling is also being offered to students and staff through the university’s health and counseling services.

Students on campus have reported feeling confused and afraid in the hours and days after the incident.

“I went to my 8 a.m. as normal, and it just felt weird walking through places that only 12 hours ago were literally roped off,” Mitchell Goldberg, a sophomore at Northeastern, told Boston.com. “People were definitely on high alert.”

Authorities responded to 39 Leon St. — Holmes Hall — around 7:18 p.m. on Tuesday for a report of a package that had exploded. At the scene, police said they found a 45-year-old man, a Northeastern staff member, suffering from minor hand injuries related to the package exploding. He was taken to a local hospital for treatment.

Police said that they were being assisted in the ensuing investigation by the Joint Terrorism Task Force as well as representatives from the ATF and FBI.

An anonymous law enforcement official told the Associated Press that investigators have since identified inconsistencies in the employee’s statement, and became skeptical of his narrative since his injuries did not match injuries that are typically consistent with an explosion.

The Northeastern employee denied staging the incident in an interview with the Boston Globe.

“I did not stage this … No way, shape or form … they need to catch the guy that did this,” he told the newspaper.

Investigators have not given a press conference on the incident since Tuesday evening and no update on the investigation was available as of Friday morning.

Holmes Hall, where the reported explosion took place, is home to the university’s Immersive Media Labs, the school’s creative writing program, and the women’s, gender and sexuality studies program. 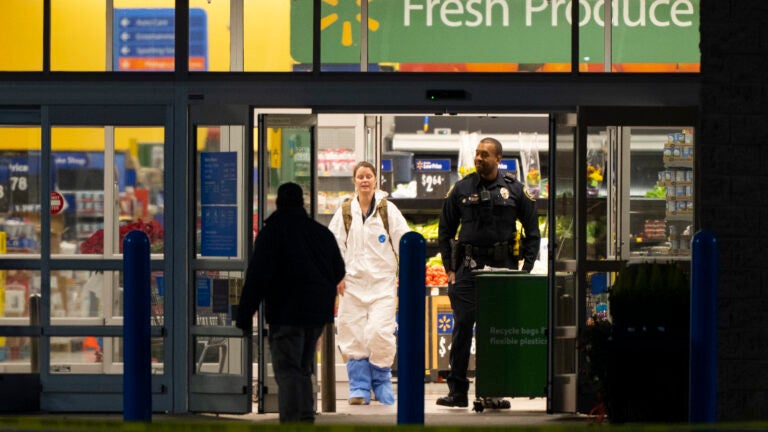