Gov. Charlie Baker’s administration offered the public its first look at the conditions in which the 50 migrants who were unexpectedly flown to Martha’s Vineyard Wednesday are staying.

On Sunday, the Executive Office of Public Safety and Security tweeted a video of the dormitory-style housing inside Joint Base Cape Cod where the Venezuelan migrants are staying Sunday morning.

The group of nearly 50 migrants flew into Martha’s Vineyard without warning Wednesday afternoon and were brought to Martha’s Vineyard Regional High School and given snacks and shelter before spending the night at St. Andrews Episcopal Church in Edgartown.

On Friday, the group was voluntarily moved to JBCC in Sandwich, a military base that is a Massachusetts Emergency Management Agency designated emergency shelter, to ensure access to food, shelter, and essential services.

The video of the base shows the cafeteria, recreation room, and bunk-bed-filled bedrooms at the base which are being used by the migrants.

Baker’s administration said Sunday in a news release that MEMA is continuing to lead coordination efforts among state and local officials to care for the men, women, and children staying at the base.

At the base, it said, it has created designated housing spaces for different families, which are staying together, as well as separate housing for the men and women.

The news release said that the migrants’ needs are being taken care of by different agencies offering a broad range of services. These services include medical care, mental health and crisis care, hygiene kits, food and drink, transportation, legal services, and case management.

The migrants reportedly crossed the border in Texas and were staying in a shelter in San Antonio when they were approached by a woman who enticed them onto two charter planes with promises of expedited work papers in Boston.

The planes then reportedly made stops in Florida and South Carolina before landing in Martha’s Vineyard.

Florida Gov. Ron DeSantis has claimed responsibility for transporting the migrants, telling Fox News Wednesday that he sent them to states that “invited them” into the country by “incentivizing illegal immigration through their designation as ‘sanctuary states’ and support for the Biden Administration’s open border policies.”

When asked about whether he had spoken to DeSantis about the move, Gov. Baker cited the U.S.’s “broken” immigration system as the real problem, and said that talking about it with other governors wouldn’t help, WBZ NewsRadio’s Suzanne Sausville reported Sunday.

The Baker administration said in the news release Sunday that unsolicited donations and volunteers cannot be accepted at JBCC, but that those who would like to support emergency relief efforts should send an email to the Massachusetts Voluntary Organizations Active in Disasters at [email protected]. 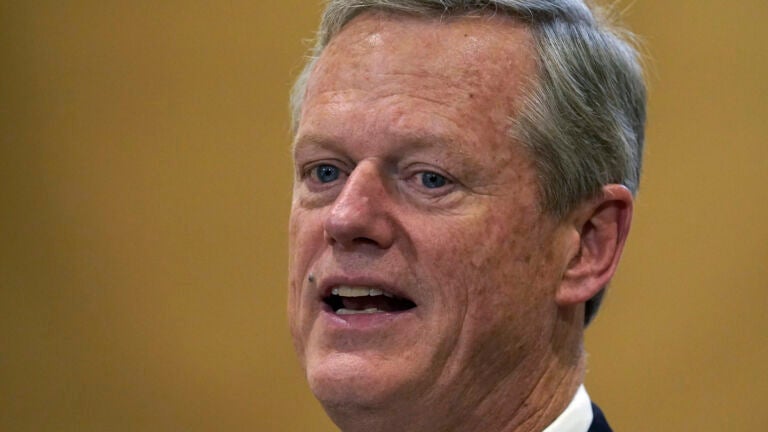 Here’s Gov. Baker’s plan for dealing with the influx of migrants to Mass.