Boston Mayor Michelle Wu announced Wednesday that a new forestry division, tasked with caring for and growing the city’s urban forest, is being created within the Boston Parks and Recreation Department.

The division increases the workforce focused on trees in the city from five to 16, and according to the city, it will have dedicated leadership and resources “to plant new trees as well as proactively inspect, maintain, and prune existing trees, focusing on under-canopied and environmental justice neighborhoods.”

Trees are key for combating climate change, particularly heat islands in the city.

The creation of the new unit was one of the recommendations in Boston’s newly-released Urban Forest Plan, which includes an analysis of the city’s tree canopy, direction for ensuring equitable access, and suggestions for how trees could have better care.

“Trees are our best green technology to fight climate change and build healthy, beautiful communities, especially as heat and storms intensify,” Wu said in a statement. “Dedicating staff and resources to our new Forestry Division will empower the City of Boston to strengthen our tree canopy citywide so every community benefits from these treasured resources.”

The recommendations, the creation a forestry division among them, in the city’s new Urban Forest Plan are organized under seven strategies:

Ryan Woods, commissioner of the Boston Parks and Recreation Department, said in a statement that the new tree division will “significantly expand” the city’s ability to plant and care for trees in every neighborhood.

“We are committed to increasing the survival rate of our new plantings and supporting the growth and maturation of trees across Boston, particularly in communities that need more canopy,” he said.

The division will include a director of urban forestry, three arborists, three maintenance crews made up of three people, as well as several support staff. The city said the increased staff will help the department respond more quickly to requests submitted through 311 for tree maintenance, and decrease tree mortality.

Wednesday’s announcement of the new division was accompanied by other tree news: Harvard’s Arnold Arboretum is gifting the city 10 dawn redwood trees to plant throughout Boston neighborhoods.

The trees, according to the city, are “descended from the first such trees to grow in North America in over two million years, known as ‘living fossils.'”

“I’m especially grateful for the partnership with the Arboretum in sharing the wonder of dawn redwoods citywide as a connection to our legacy of research, discovery, and global collaboration here in Boston,” Wu said of the new trees.

According to the city, applications are now being accepted for the forestry director position. Other open positions within the division are opportunities for graduates from PowerCorpsBOS, the city’s ARPA-funded workforce development program that launched earlier this year for young people aged 18 to 30 years old. 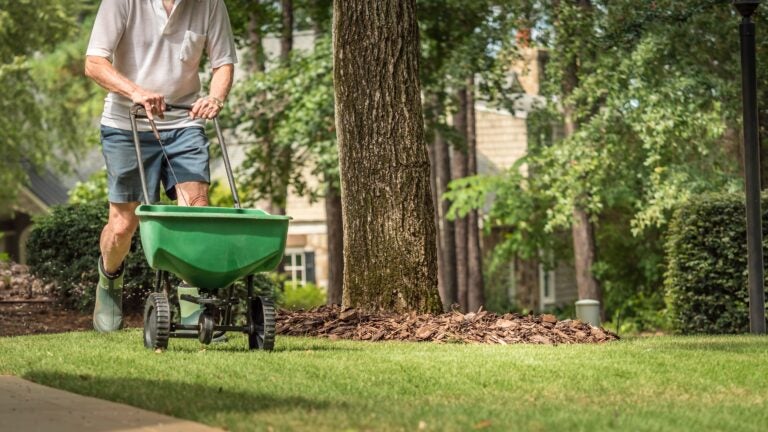 Ask the Gardener: Amid climate change, this is the best time to plant grass seed