A Brockton woman is searching for answers after a police officer shot and killed her dog almost a week ago.

Angela Cordero says her 1-year-old micro bully Leia was friendly and would not have posed a threat to a police officer. But the Brockton Police Department says the officer shot the dog out of self-defense.

How Leia was shot

Brockton police said in a statement that a dog ran toward an officer on Hermon Street shortly before 10:00 a.m. on Sept. 15. WCVB reported Tuesday that the officer was responding to a parking violation.

“The officer discharged his firearm at the dog to protect himself from injury,” Brockton police said in the statement.

But Cordero’s friend, Jennifer Wentworth, who was with Leia at the time, described a different story in a Facebook post she made Sept. 16.

Wentworth said she wasn’t even a foot away from Leia and was reaching for her when the officer shot the dog in the head. She said Leia hadn’t done anything to the officer, and that she doesn’t understand why the officer was there in the first place.

“I tried my hardest to save her. I was there right in front of it all,” Wentworth wrote.

Wentworth said that after shooting the dog, the officer told her he was following protocol.

Brockton police said that they are investigating the incident.

How Brockton police have responded

In a Facebook post on Tuesday, Cordero said someone from the Brockton Police Department called her after the shooting to explain that there were signs posted on the street saying that no commercial vehicles could be parked there.

Cordero was told the officer came to talk to her about a truck that was in violation of the law when Leia, who he thought was a pitbull, came running towards him.

But Cordero said she has not seen such a sign on the street, and that there were no trucks on the street when Leia was shot. She said she’s not sure a parking violation even occurred.

Since then, Cordero said, she has tried to contact the Brockton Police Department and other city officials several times, but they have not been responsive or helpful.

She also said she has not been able to obtain the police report from the incident, though NBC 10 Boston reported Tuesday that Brockton police told them the report cannot be released because of the ongoing investigation.

Wentworth said Leia’s death is a moment she’ll never forget, and said that she has flashbacks when she is close to the spot where Leia was shot.

“This is not right,” she wrote.

Cordero and Wentworth have been sharing their story publicly in the hopes that it will prompt the Brockton Police Department to release more information.

When asked, the Brockton Police Department declined to say why the officer was on Hermon Street on Sept. 15, how they’ve handled communication with Cordero, what the department’s protocol is for officer self-defense with dogs, or whether the officer involved has been disciplined in any way.

How often dogs are shot by police

According to the ASPCA, it is common for as much as 50% of all shooting incidents recorded by a police department to involve an officer shooting a dog. This figure may seem shocking, but a 2010 study on dogs shot by police by the Department of Justice came to the same conclusion.

Often, the ASPCA said, multiple shots are fired and the dog does not experience a quick, painless death.

“Although some of these animals may have been utilized as weapons by their handlers or been involved in attacks on people or other animals, many cases have involved family pets killed on the owner’s property,” the ASPCA wrote.

“Police department policies generally grant broad powers to officers to shoot animals if the officers feel that they are in ‘imminent danger’ or if a dog has killed or is in the process of attacking people, livestock or other pets.”

The ASPCA said that most departments simply require the officer “feel” threatened to have the right to shoot a dog, which gives them a lot of leeway.

An ASPCA review of police shootings of dogs found that in the vast majority of cases, the department determined the officer was justified, even in cases when civil suits found the department responsible for wrongful destruction and substantial money was awarded to the dog’s owner.

“Such incidents not only jeopardize the lives of companion animals, but also undermine the reputation of law enforcement agencies in the community,” the ASPCA wrote.

Jeffrey Justice, who runs a Facebook page called Dogs Shot By Police which follows and reports on dog shooting incidents, said it’s very uncommon for police officers to face any type of discipline for shooting a dog. This sets a different standard for police and citizens, he said.

“Instead of using pepper spray or his baton or pushing the dog away, he uses lethal force and opens fire in a public area. If a citizen did, that they’d call it reckless endangerment,” he said.

“…I worked for UPS for 15 years. Do you know how many times I was charged by dogs?”

Sometimes people have success with civil suits, but that doesn’t require a police department to admit wrongdoing, he said.

What usually happens, Justice said, is short-term community outrage, an investigation of the incident by the department which ultimately comes out in favor of the officer, and blame being shifted to the owner shortly before the incident is forgotten.

“Right now you have two citizens against the Brockton Police Department and they stand no chance,” he said.

Additionally, Justice and the DOJ report said, bystanders and other officers can get be injured or killed when an officer shoots a dog. The report recounted a 2010 incident in Detroit where an officer was shot by an officer shooting at a dog.

In an even more tragic incident, in 2015, an officer in Iowa accidentally shot and killed the woman he was coming to check up on when a dog charged at him.

Why dogs are shot by police

Still, experts say there certainly are situations in which an officer’s or other person’s safety is in danger because of a dog.

In January, NBC 10 reported that a police officer received 30 stitches after a German Shepherd in Stoneham bit him in the face.

And just last month, the Worcester Telegram & Gazette reported that an officer shot and killed a dog after it bit a man and refused to let go, leaving him badly injured.

But according to the DOJ report, it is rare that dog attacks are serious, with less than 2% of dog bites resulting in hospitalization. It also found that no particular dog breed is more likely to attack or cause a more serious bite.

Often what leads to the confrontation between dogs and police is irresponsible owners, the DOJ report said. Neglected, abused, and off-leash dogs are far more likely to attack or run at officers, who may see them as a threat regardless of whether or not they actually are.

“Having your dog unleashed is putting your dog in danger,” Justice said. “It’s a mistake. But is it a fatal mistake?”

How to reduce dog deaths at the hands of police

Experts agree that the key to reducing the number of dogs shot by police is to train police in how to respond in situations where dogs are loose. Right now, they say, few officers are trained on how to tell if a dog is a threat, how to respond without lethal force, or how to kill a dog humanely when necessary.

Since, according to the ASPCA, more than a third of households in the U.S. have dogs, officer interactions with dogs are extremely common. So, experts say, it’s important that officers know how to respond and that departments have policies for handling these situations. 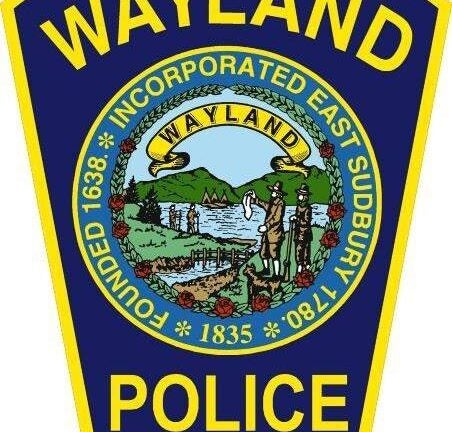