No, you’re not imagining things: Traffic around Boston has gotten worse since Labor Day.

With commuters returning to offices and students heading back to class, travel times surged on some of the busiest highways around the city after the holiday weekend, according to data from the Massachusetts Department of Transportation.

For example, it took drivers about 15 minutes more to get into Boston on Interstate 93 southbound the Wednesday morning after Labor Day, compared to just a week prior.

Morning travel times on the stretch of highway from Interstate 95 to the Zakim Bridge peaked around 50 minutes on Sept. 7, compared to about 35 minutes on Aug. 31, according to MassDOT data provided to Boston.com. The average travel time during the Sept. 7 morning rush was more than 32 minutes — four minutes more than the week prior, according to MassDOT’s Mobility Dashboard.

For reference, the same drive takes about 10 minutes during off-peak hours.

Drivers on the Massachusetts Turnpike also saw slower traffic after Labor Day; the morning rush on Interstate 90 eastbound from I-95 to I-93 peaked at about 34 minutes on Sept. 7, compared to around 22 minutes at the same time Aug. 31. Meanwhile, morning commuters heading westbound on that stretch of I-90 saw about a seven-minute slowdown.

There were some improvements, though: Both morning and evening commuters saw less traffic after Labor Day on the stretch of I-93 southbound between I-90 and the Braintree Split. Similarly, drivers on the Mass. Pike saw slightly shorter travel times during the evening rush.

On other roadways, traffic either stayed the same or saw minimal changes before and after Labor Day.

Traffic isn’t anything new for Boston drivers. After all, the Boston metro area had the fourth-worst traffic in the nation in 2020, after spending two years as the country’s most congested city. 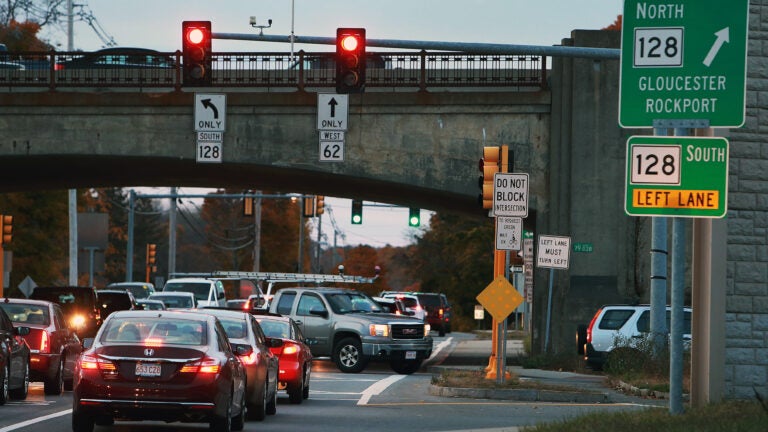 These highway ramps are getting wrong-way driver detectors