Visitors to City Hall Plaza in Boston will soon have another way to kick back and enjoy the fall weather.

Mayor Michelle Wu announced Wednesday that the city would reopen its temporary beer garden in the plaza. It will stay open until early November, weather permitting, and will be operated by Franklin-based 67 Degrees Brewing.

67 Degrees — a Black, woman, and veteran-owned brewery — was selected by city officials after a competitive application process to find a vendor for the beer garden, Wu’s office said. 67 Degrees’ proposal was chosen because of its “commitment to social impact, diversity, and inclusivity and use of local ingredients.”

“I’m thrilled that we’re able to activate the beer garden again at City Hall,” Chief of Operations Dion Irish said in a statement. “It’s a pleasure to be able to use city property to contribute to the vibrancy of downtown Boston and support a local black-owned business while doing so.”

The beer garden, run by 67 Degrees, debuted Wednesday. Going forward, it will be open Wednesdays through Sundays from noon to 7 p.m. Food trucks will be available on-site during operating hours.

Later this fall, the city will begin searching for a long-term vendor to take over the beer garden’s operations starting in the spring.

The reopening of the beer garden is part of a concerted effort by the Wu administration to reinvigorate downtown and use city-owned spaces.

“City Hall Plaza is a space to bring people together and build community,” Wu said in a statement. “I’m grateful to 67 Degrees Brewing and excited to welcome residents, workers, and visitors to join us at the newly reopened Beer Garden at Fischer Park on City Hall Plaza.”

Due to the pandemic, Wu’s office said, the downtown area is seeing decreased foot traffic and less consumer spending. Officials aim to increase consumer confidence and support small businesses with these initiatives.

Olivier Edouard, Founder of 67 Degrees Brewing, said that the brewery’s team is “particularly stoked” to share a special Mara Belgian Ale with Passion Fruit with customers at the garden.

“It is one of our biggest sellers, and throughout the month of October, proceeds from its sale will go to an organization that provides support services to breast cancer patients,” Edouard said in a statement. “It is amazing to have an opportunity to serve in front of City Hall. We have some cool event ideas planned between now and November. Weather permitting, we look forward to connecting with the community over some brews, art, and musical events.” 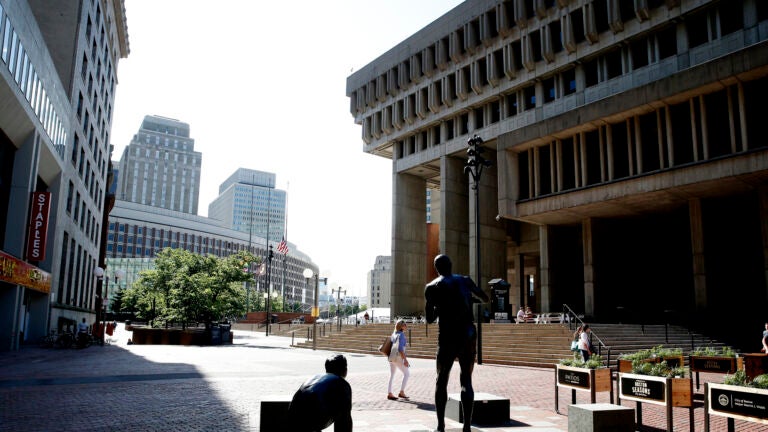