A 20-year-old man who allegedly fired a gun at an undercover Boston police officer as the officer sat in an unmarked vehicle on a Roxbury street Sunday was ordered held without bail Thursday following a dangerousness hearing in Roxbury Municipal Court.

“I’m going to find the defendant as dangerous,” said Judge Debra A. DelVecchio from the bench during the hearing for Alberto Polanco, 20, of Roxbury, who pleaded not guilty in the same courthouse Monday to charges of assault with a dangerous weapon, discharging a firearm within 500 feet of a building, and illegal possession of a firearm and ammunition. According to a top Boston police commander and a Boston police report that is heavily redacted in some sections, the officer was sitting in the vehicle near 43 Waumbeck St. when the Shotspotter system recorded two shots being fired around 6:08 p.m. Sunday.

“Given the seriousness of the offense, [Polanco] poses a danger to the community and from what it looks like in the video to be the defendant firing two shots into the rear window of a car moving away from him, on someone he may or may not have known,” DelVecchio said during Thursday’s hearing. 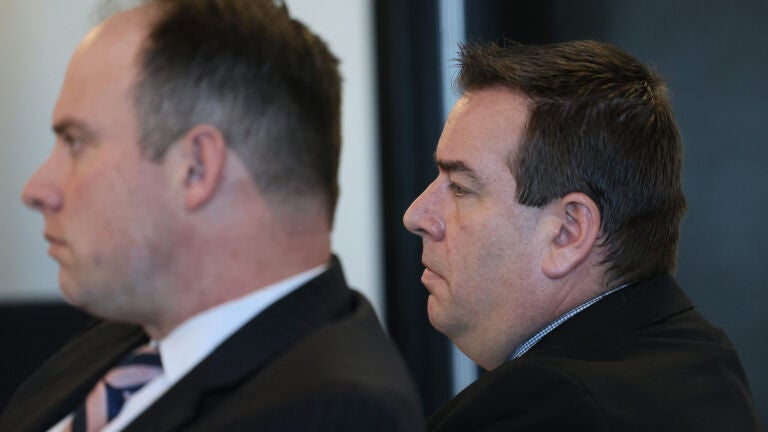