A moose and an unidentified animal were killed in separate crashes on highways in Westfield and Leominster Tuesday morning, according to Massachusetts State Police.

At 4:20 a.m., troopers responded to Route 2 eastbound at Exit 101 in Leominster for a crash between a Volvo V60 and “a deer or moose,” said Trooper James D. DeAngelis, a State Police spokesman, in an e-mail Tuesday evening. The animal’s species was not immediately clear, he said. The driver of the Volvo, a 25-year-old Boston man, was taken to a hospital for treatment of minor injuries, State Police said.

Separately, at 6:30 a.m., troopers responded to reports that a moose was struck by a tractor trailer on the Massachusetts Turnpike eastbound in Westfield, DeAngelis said. The truck driver, a 61-year-old man from Saratoga, N.Y., was not injured, but the truck sustained “heavy front end damage and was towed from the scene,” officials said. The moose was killed in the crash, and Mass. Environmental Police responded “to conduct a biologic exam of the carcass,” officials said. 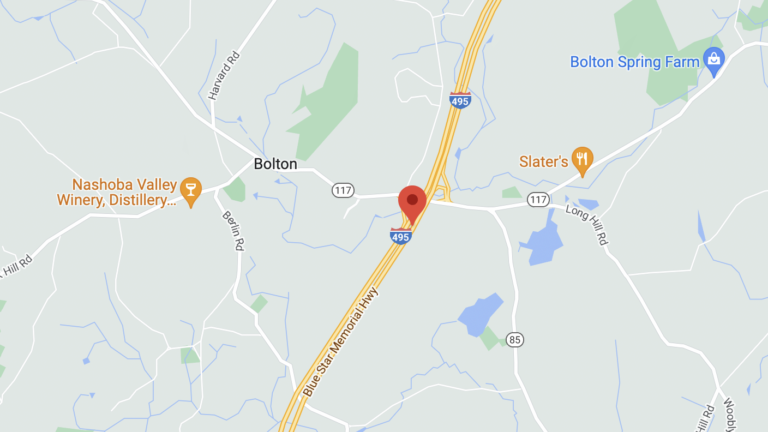