This week, Boston City Councilors Liz Breadon and Brian Worrell unveiled a rough draft of their plan for changing City Council districts in light of the 2020 Census.

The councilors say their plan adjusts the current district map to achieve an equal population split between the districts while keeping communities together and bolstering minority voting power in the city.

“The goal of [the redistricting] committee is to create equitable maps for the city of Boston. In order to achieve this, that meant shifting lines to maintain, and even grow, the diversity of certain districts,” Worrell, the new vice chair of the redistricting committee, wrote in an email to Boston.com.

Breadon said in an email to Boston.com that the redistricting plan reassigns 18 of Boston’s 275 precincts into new districts. This means that only 6.5% of precincts would be part of a new district if the plan is approved.

In an effort to equalize district populations, Breadon said most of the changes impact District 2, which includes South Boston, Chinatown, the South End, Southie, and the Seaport.

In the plan, some of District 2’s precincts are moved into District 1; which contains the North End, Charlestown, and East Boston; District 3, which is largely just Dorchester; and District 8, which is made up of downtown, Beacon Hill, Back Bay, Fenway, Longwood, and Mission Hill.

District 3 and District 4, which is Worrell’s district and is made up mostly of Mattapan and some of Dorchester, Roslindale, and Jamaica Plain, would also exchange some precincts.

All districts would have some small changes in precincts except for Breadon’s own District 9, which is made up solely of Allston and Brighton.

Breadon said the redistricting committee had a few problems to solve when they redrew the map.

Firstly, she said, the committee had to resolve the 16 “split precincts” whose boundaries landed in two different districts after the Boston Board of Election Commissioners finalized new voting precinct boundaries in April 2022.

The board increased the number of total precincts from 255 to 275, and under the new plan, all previously split precincts would belong to only one district.

Secondly, Breadon said, the committee listened to community concerns, the biggest of which was keeping communities and neighborhoods in the same district instead of splitting them.

In particular, she said, the committee abided by requests from many residents that certain South End precincts which are home to working-class Chinese immigrants be kept in the same district as Chinatown.

Perhaps the most impactful change, Breadon said, was making District 3 a stronger minority-majority district. While the district had already passed the 50% threshold, its voting age population (VAP) would now be 61.5% non-white.

“The addition of a fourth minority-opportunity district by surpassing 60% non-White Voting Age Population is an immensely transformative step toward a more representative redistricting plan which ensures racial minorities have a fair chance to elect their candidate of choice,” Breadon wrote.

Worrell said non-white VAP margins would also be increased in these districts under the new plan.

“It is crucial that we promote historically marginalized communities to elect representatives that will advocate and promote their priorities,” he wrote.

The redistricting plan can still be changed before it is voted on.

There will be public hearings on the plan in the next few weeks, and then it will be voted on at either the Oct. 26 or Nov. 2 Boston City Council meetings, according to The Boston Herald.

If approved, the new map would go into effect for the November 2023 elections.

Both Breadon and Worrell said they are hoping for more community input as the redistricting process moves along and district changes are finalized.

“This process is built on community input, and we will continue to utilize that to finalize a map that best represents the people of Boston,” Worrell wrote.

You can learn more about the redistricting proposal and contact Councilors Breadon and Worrell by visiting this link. 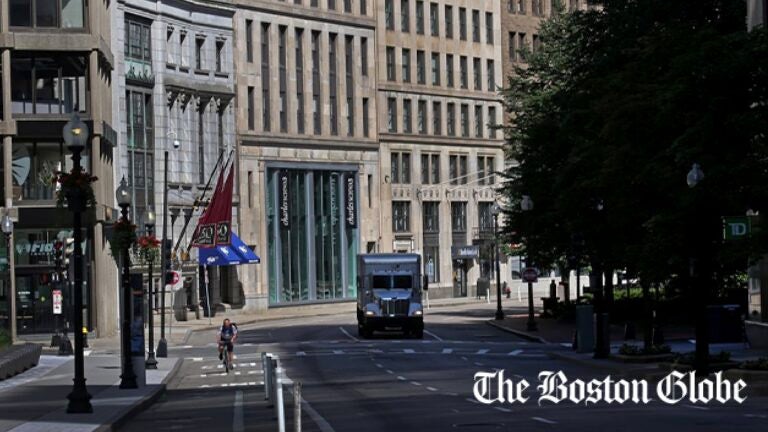