The mother and nanny of 22-month-old Colin McGrath, who was killed as the result of a chain-reaction crash in 2018, relayed details of that tragic day to a Suffolk Superior Court jury Thursday.

Casey has pleaded not guilty to a charge of homicide by motor vehicle.

Lewis, fighting back tears during her testimony, said that the toddler had been energetic after a day in the park.

“He was telling me that he’s not going to take a nap, and I was telling him that he was,” Lewis said, according to video taken inside the courtroom by 7 News Boston.

After the crash, Lewis said she spoke with the van’s driver.

“The driver of the van got out, and he started telling me his buddy is going to call for help, and I started screaming at him to get the van off of Colin,” she said.

Colin’s 4-year-old sister was also with them at the time. Lewis said she recalls the girl screaming, crying, and asking for her dad.

A bystander who had been walking home from a grocery store, Edward Baszkiewicz, said in his testimony Wednesday that he tried to console McGrath’s sister. The girl had a cut on her arm, and Baszkiewicz held her on his lap while sitting on a nearby wall, according to The Boston Globe.

“I tried to comfort the girl,” Baszkiewicz said. “I was in a little bit of shock too. It’s not something that you see every day.”

Another bystander, Mary Kate Shea, also testified Wednesday. She was driving nearby at the time, but got out to see if she could help after the crash occurred, according to the Globe. She said she took Colin from Lewis’ arms, cleared space on the sidewalk, and administered CPR.

“I kept talking to Colin telling him that we loved him and he needed to fight,” Shea said, according to the Globe.

When Colin didn’t respond, Shea said she noticed that “his little ears were turning bluish gray.”

Colin’s mother, Kerri McGrath told those in the courtroom about the moments following the crash, when she learned her young son had died.

Kerri McGrath, a physician herself, recalled the conversations she had in an emergency room with the doctors who had been tending to her son. At the foot of Colin’s bed the doctors asked if she was a physician, then told her how they had been administering CPR for a while, according to courtroom footage taken by WCVB and 7 News Boston.

“They were doing very gentle CPR, which is a thing you sort of do out of respect until the family gets there,” Kerri McGrath said.

The doctors told her that Colin’s pupils were dilated and that there was no pulse.

“I asked her if they had done an assessment for internal bleeding… and she said yes. Just to see if there was anything. I didn’t want to have them stop if they could have saved him,” she said. “When she said yes, and I said, ‘Stop. Let me hold him.’” 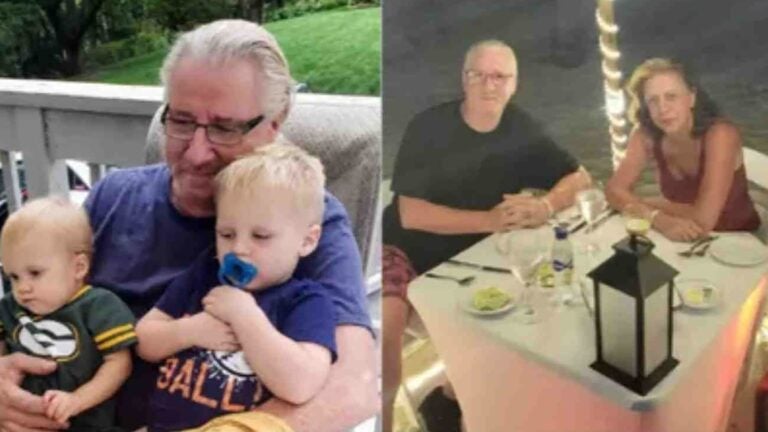