WATERBURY, Conn. (AP) — For a decade, the parents and siblings of people killed in the Sandy Hook Elementary School shooting have been tormented and harassed by people who believe the mass shooting was a hoax.

How do you put a price tag on their suffering?

That’s part of the task faced by a Connecticut jury that has been asked to decide how much Infowars host Alex Jones and his company should pay for spreading a conspiracy theory that the massacre never happened.

The six jurors deliberated for less than an hour Thursday before breaking for the evening. Their work was set to resume Friday.

Jones now acknowledges his conspiracy theories about the shooting were wrong, but says he isn’t to blame for the actions of people who harassed the families. His lawyers also say the 15 plaintiffs have exaggerated stories about being subjected to threats and abuse.

Here are some questions and answers about the deliberations.

Could the jury decide what Jones did is protected by the First Amendment?

No. A judge has already ruled that Jones is liable for defamation, infliction of emotional distress, invasion of privacy and violating Connecticut’s unfair trade practices law. The jury’s job is to decide how much he owes for harming the people who sued him over his lies.

How much could Jones pay?

Jones, who lives in Austin, Texas, could be ordered to pay as little as $1 to each plaintiff or potentially hundreds of millions of dollars to them. The decision will be based on whether the jury determines the harm to the families was minimal or extensive.

Christopher Mattei, a lawyer for the plaintiffs, said the jury should award the plaintiffs at least $550 million. Jones’ lawyer, Norm Pattis, says any damages awarded should be minimal.

How does the jury come up with the dollar figures?

In her instructions to the jury, Judge Barbara Bellis said there are no mathematical formulas for determining dollar amounts. Jurors, she said, should use their life experiences and common sense to award damages that are “fair, just and reasonable.”

The jury, however, heard evidence and testimony that Jones and his company, Free Speech Systems, made millions of dollars from selling nutritional supplements, survival gear and other items. A company representative testified it has made at least $100 million in the past decade.

What kind of damages are the jury considering?

Jurors could award both compensatory and punitive damages.

Compensatory damages are often meant to reimburse people for actual costs such as medical bills and income loss, but they also include compensation for emotional distress than can reach into the millions of dollars.

Punitive damages are meant to punish a person for their conduct. If the jury decides Jones should pay punitive damages, the judge would determine the amount.

No, and yes. The state does not limit compensatory damages, while punitive damages are limited in many cases to attorney’s fees and costs. So if the jury says Jones should pay punitive damages, he would potentially have to shell out hundreds of thousands of dollars for the Sandy Hook families’ lawyers’ costs.

Is this the first time Jones has faced a verdict like this?

No. At a similar trial in Texas in August, a jury ordered Jones to pay nearly $50 million to the parents of one of the children killed in the school shooting for pushing the hoax lie on his Infowars show.

But legal experts say Jones probably won’t pay the full amount. In most civil cases, Texas law limits how much defendants have to pay in “exemplary,” or punitive, damages to twice the “economic damages” plus up to $750,000. But jurors are not told about this cap. Eye-popping verdicts are often hacked down by judges.

A third trial in Texas involving the parents of another child slain at Sandy Hook is expected to begin near the end of the year. 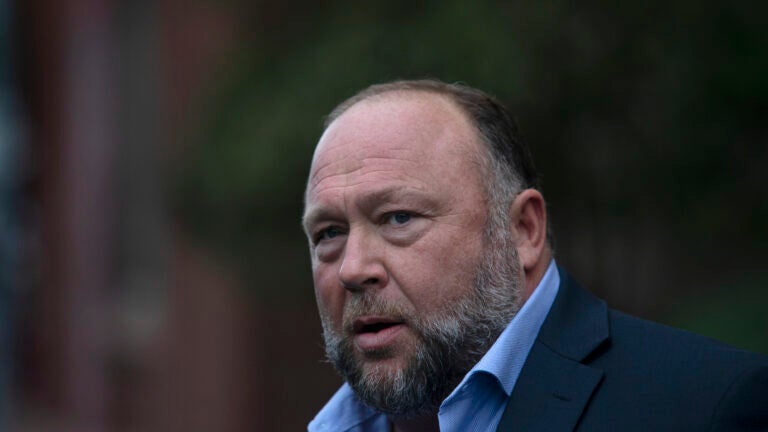