The child was running laps when he fell to the ground and felt the needle poke him, his coach and football program president Domingos DaRosa told Boston 25 News.

“He said, coach, I tripped. I fell, and I felt something sting me, and when I looked down I had a needle in my leg. I panicked. I got scared. I pulled the needle out and threw it,” DaRosa told the news station. “I was heartbroken. I’m still heartbroken.”

The boy was rushed to an emergency room and is now taking a 28-day daily prescription for two medications aimed at warding off any possible blood-borne viruses, from HIV to hepatitis, the outlet reported.

His mother said in the days since, her son has experienced nausea as a side effect.

“I see him throwing up all day long,” she told the station.

The incident, however, is only the latest in a series of troubling issues at the park.

Like football on a crisp fall night, Clifford Park is just as familiar a backdrop for drug use and needle litter, public sex and human feces — the tangible products of the overflowing humanitarian crisis at the nearby Massachusetts Avenue and Melnea Cass Boulevard area.

The park has seen “drug use, drug sales, knife fights, altercations with passersby, partial and full nudity, prostitution … sex acts, and plenty of times in front of Domingo DaRosa’s Boston Bengals kids, the youngest of whom are about five,” Marla Murphy Smith, a local resident and community advocate, said Friday. “That’s what children are seeing on the field in Clifford Park.

“This park is a lawless, no man’s land,” she added.

Murphy Smith’s remarks were among the passionate testimony Boston city councilors heard Friday as a council committee, coincidentally, held a hearing to discuss what exactly can be done to prevent even more problems at the park.

Councilors Erin Murphy and Frank Baker initially called for the hearing back in August after a Boston police officer was pricked by a needle during a cleanup event at the park.

Days later, DaRosa took matters into his own hands and residents unofficially closed the park themselves with yellow caution tape and signs in early September.

“This is years, decades of neglect,” DaRosa told councilors.

An activist who unsuccessfully ran for a City Council seat last year, DaRosa made headlines in 2020 when he was issued a stay away order after he left used syringes in front of Gov. Charlie Baker’s Swampscott home.

“He gave me a harassment order because his wife and his family felt threatened,” DaRosa recalled on Friday. “What the hell? What about us in Roxbury, who wake up every day to people overdosing on our doorsteps, human feces all over our playgrounds?

“Our cars are being broken into and meanwhile, folks who live on the other side of the city, their responses [are], ‘It’s not my district.’ Their response is, ‘I can’t do nothing.'”

City-led solutions, such as kiosks for properly disposing needles and the area’s controversial “comfort station,” which was closed last year, have fallen short of making the substantial impact necessary to address the problems at Clifford Park, he said.

“The city has sat back and did absolutely nothing,” said DaRosa, who, at times on Friday, interrupted city officials. “The little bit that’s been done is just a band aid.”

In fiscal year 2022, the city took in 189 percent more syringes than the clean needles the city handed out, according to Jennifer Tracey, director of the Mayor’s Office of Recovery Services at the Boston Public Health Commission.

City staffers regularly complete proactive sweeps at specific sites, including the park, in an effort to discard used needles. The city also has an outreach team in the area to connect individuals to recovery services, which officials have worked to expand over the past year.

DaRosa and Murphy Smith also both lamented how city plans to renovate the park from 2019 had seemingly stalled, even as other parks have received face-lifts.

“Let’s be real: The unspoken undercurrent for why nothing has been done in Clifford is because Mass. and Cass has not been sufficiently addressed,” Murphy Smith said.

Murphy Smith went on to detail other activity in the park, including public drinking, smoking, off-leash and uncurbed dogs, and loud music playing into early hours of the morning.

She called Clifford Park “a victim of the opioid crisis.”

“All the city does is post another sign but not enforce the words that are written on it. There’s been very little urgency to remediate the situation,” she said. “… Do you have to bring gloves and an empty jar to your local park? I do because odds are high I will need to pick up something disgusting or dangerous.”

‘We’re struggling to find something that does work’

Rev. Mariama White-Hammond, the city’s chief of environment, energy, and open space, lives within walking distance of the fields and playground. She recounted at Friday’s hearing her own experiences at the park.

These days, White-Hammond, who was appointed to her post in April 2021, is also all too aware of the ways the city is coming up short.

White-Hammond said she has seen improvement in the city over the past year and a half.

The city has changed its approach in addressing the Mass. and Cass area with removing tents and encampments over the past year and opening low-threshold supportive housing sites. But debate has continued over whether law enforcement should be used more often.

And White-Hammond admitted Friday: “We are not where we need to be.”

“I think we’ve been doing an okay job. I would agree we could do better,” Cogavin said. “But that being said, I don’t think we are going to be able to arrest our way out of this issue. So we’ve been trying to walk a delicate line.”

White-Hammond reiterated a few ideas that have been floated before about changes to Clifford Park, including raising fences.

Baker, the city councilor, suggested, as one avenue, erecting fencing, locking fields, and giving keys to youth organizations and schools.

“I’m starting to wonder now, ‘Should we put a fence there?'” Baker said.

As for renovating Clifford Park, Ryan Woods, commissioner of the Parks and Recreation Department, said there is currently a request for qualifications for design firms to apply for redesigning the park. Once a firm is chosen, the city will host community meetings about ideas for a makeover.

White-Hammond said the city removed benches from the park to help stem unwanted activity, but later found the removal only made the situation worse.

Woods, on Friday, made a note to have benches returned.

White-Hammond signaled though she wants the city to now focus on where it wants Clifford Park to go, and added officials are “open to trying some new things” to address the issues. 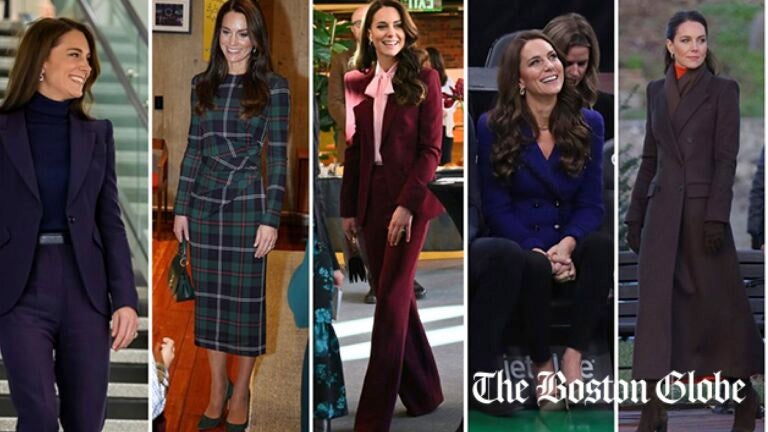