Sen. Elizabeth Warren grilled transportation officials during a Senate hearing in Boston on Friday, putting the spotlight on what her office described as “monumental failures” of leadership and safety at the MBTA.

“For generations, we have relied on the T,” Warren said, according to a transcript of her comments. “We have counted on the people and organizations in charge to make the T work for us — to make the buses and trains run safely and on time. But we can no longer rely on the T. The T is failing.”

The hearing came less than two months after the Federal Transit Administration (FTA) released a critical 90-page report about MBTA safety. The MBTA has seen several high-profile incidents in recent years, including the death of a man who was dragged by a Red Line train in April.

“Everyone who’s been paying attention recognizes that there are big safety problems with the T,” Warren said. Still, she described the results of the FTA’s investigation of the MBTA and the Department of Public Utilities as “shocking.”

Warren asked Poftak about the FTA’s finding that MBTA management does not consistently make decisions about safety risks based on safety data or documented facts.

“I nearly fell over when I read that,” she said. “That is the bureaucratic way to say that your safety decisions are just made up.”

Poftak, who has helmed the MBTA since 2019, said the agency initiated monthly presentations of safety data last year.

The FTA’s August report outlined 53 separate actions that the MBTA must take, such as addressing worker shortages and prioritizing safety management.

Poftak said he didn’t know off the top of his head how many of the action items had been completed to date, but said the MBTA is working on plans to address the FTA’s directives.

“I would note that many of these corrective action plans are not sort of binary, flip the switch. They are a multiyear process of addressing some of the issues, and we intend to take it very seriously and do a very thorough job of addressing it,” Poftak said.

The FTA report also concluded that the DPU, which handles oversight of the T, was not “actively engaged” in overseeing implementation of FTA safety requirements.

“It is your job to make sure that the MBTA is doing its job, and you’re failing,” Warren said, addressing Nelson.

Responding to a question from Warren, Nelson acknowledged that neither he nor other DPU leaders have backgrounds in transportation safety.

“If you can’t identify what’s wrong from the past five years, then how can anyone in Massachusetts have confidence that you’re actually going to fix this going forward?” Warren asked.

Earlier in the hearing, Nelson said the DPU “takes its responsibility to ensure safety of riders and the MBTA transit system very seriously,” and said the agency has been working closely with the MBTA and FTA to implement recommendations from the FTA’s August report.

Accountability is crucial for turning the T around, Warren argued.

“If we don’t have that, then we are not going to have a T that gets better, that gets safer, and one we can depend on, and that’s just not acceptable,” she said. “The people of Massachusetts are entitled to better.”

Markey asserted that the DPU “has become a regulatory black hole into which all of the safety issues fall, even though they’re supposed to be identified and then cleared up in terms of the operations of the MBTA.”

However, the FTA has no plans to take over the MBTA, Fernandez said.

Fernandez clarified that the FTA “does not have the legal authority to take over the day-to-day operations of any transit agency in this nation.” The agency’s involvement will be to continue providing oversight to ensure the MBTA and DPU complete all corrective actions, she said.

She also confirmed that the FTA only withholds federal funds from transit agencies in extremely rare circumstances.

Markey added: “The federal government will remain a partner in fixing the T, … but the FTA alone does not have the power or the authority to fix the T; the Commonwealth of Massachusetts must fix the T.”

Will the Orange Line ever speed up?

The Orange Line was another focus of conversation.

Wu said she took the Orange Line to work on Wednesday morning, grateful to see it back in service and excited to board a new train. Despite a smooth ride, however, “there were still 12-minute headways at peak rush hour — 12 minutes until the next train would leave,” she said.

Wu added: “After an unprecedented 30-day shutdown of our busiest subway line, riders still hold our breath and cross our fingers when we step into stations and look up to see when the next train will arrive.”

Markey added that it has been “alarming” to T riders how often the MBTA has not communicated with the public about its safety incidents and operations, pointing to the agency’s claims that Orange Line service would speed up following the shutdown — something riders say they’ve yet to see.

During the shutdown, the T identified other areas of track in need of attention, and the current slowdowns are in place while those repairs are being made, Poftak explained.

He added that he “failed to properly communicate that.”

Markey asked Poftak to release data on average trip times, and Poftak agreed. However, he declined to give a specific date for when the Orange Line will truly be faster than it was before the shutdown.

“If I put a date in place, it doesn’t prioritize safety,” he said. 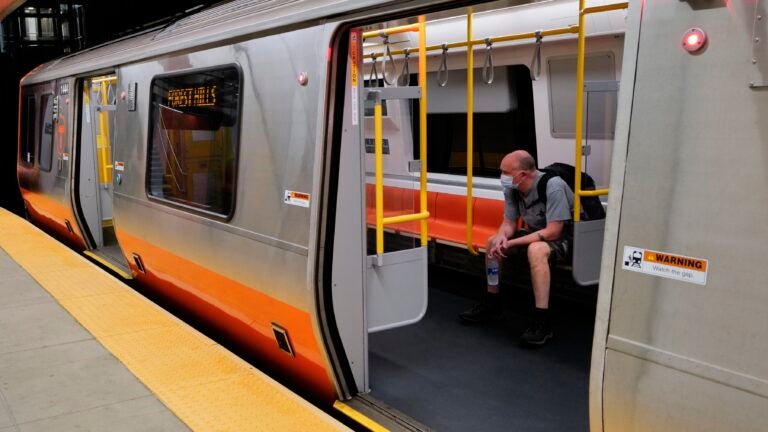 What to know about this weekend's Orange Line shutdown