A Holyoke marijuana cultivation facility was already under investigation when a 27-year-old worker died after inhaling ground cannabis dust on the job in January, state regulators confirmed.

The Cannabis Control Commission began investigating Trulieve’s Holyoke facility in the fall of 2021 due to employee complaints, the commission said in a statement Friday.

The commission’s investigation is active, and Trulieve has been responsive to requests for information, a spokesperson said. Boston.com has reached out to Trulieve for comment on the commission’s latest statement.

While filling pre-rolled cannabis cigarettes at the facility on Jan. 7, Lorna McMurrey said she couldn’t breathe and collapsed, later dying at Baystate Medical Center in Springfield. An Occupational Safety and Health Administration investigation determined that McMurrey died of occupational asthma.

In June, OSHA fined Trulieve a total of $35,219 for three violations of hazard communication standards. Trulieve, which is headquartered in Florida, has contested the violations and said in a statement earlier this month that personal protective equipment was available onsite. The company also noted that OSHA tested air quality throughout the facility and its samples were well below acceptable ranges.

Danny Carson, a former supervisor at the Holyoke site, said that Trulieve only provided paper, medical-type masks to workers, failed to properly train staff, and created a culture where employees were afraid to speak up about safety concerns, according to The Boston Globe. He said he quit in August 2021.

However, the commission itself had known about the death since Jan. 10 and has collaborated with state and federal agencies — including OSHA, which has primary jurisdiction over workplace safety incidents, according to Friday’s statement.

“To avoid pre-judging any applicant or licensee, Cannabis Control Commissioners are not customarily privy to investigations that are being performed at the staff level,” the spokesperson explained. “If an investigation leads to an administrative enforcement action, Commissioners hold a place as ultimate arbiter in any appeal procedure.”

At least two commissioners acknowledged the ongoing investigation in their opening statements at a Thursday Cannabis Control Commission meeting, according to State House News Service.

Commissioner Nurys Camargo said McMurrey’s death was “sad, it was tragic, and it was unfortunate.”

“This is serious,” she added. “I know we have an open investigation into the incident at Trulieve in Holyoke, but it’s also a reminder to the industry, to us at the CCC, and the employees working in this sector; employee safety and public health is crucial everywhere.” 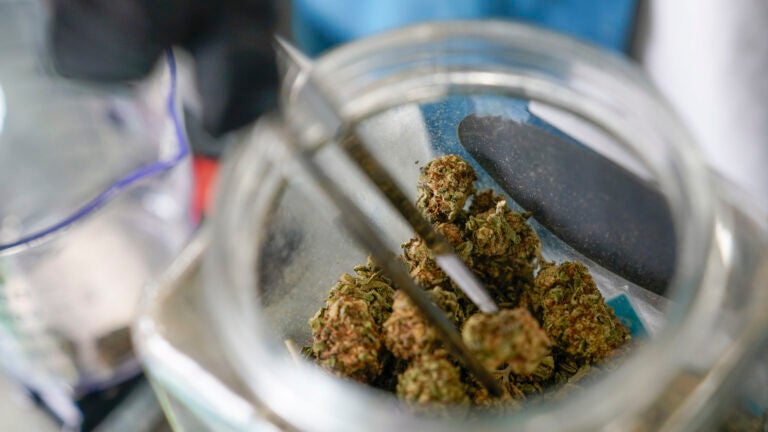