WALTHAM — Residents here were plugging appliances back in and discarding burnout surge protectors a day after an equipment failure at an Eversource substation on Pine Street caused a power surge that set off booms throughout the city as transformers failed, fried appliances, knocked out traffic lights, and caused chaos on a beautiful fall afternoon. On Sunday afternoon, some of the traffic lights on Main Street, School Street, and other thoroughfares were still operating as four-way stops and utility trucks were a common sight downtown and in South Waltham.

Initially, the outage affected 3,000 of Eversource’s 29,000 customers in Waltham, Eversource spokesman Farrah Garibaldi said in a statement. The company restored power to most of those affected in under a minute while about 300 others were without power for 2 hours, the statement said. Electricians and wiring inspectors visited 30 locations Sunday morning to repair meters and wiring damaged in the surge, the statement said. Ninety-five customers in Waltham were without power Sunday night, according to Eversource’s online outage tracker.

“We continue to work on the remaining few customers who were affected and expect to be completed by tonight,” Garibaldi said Sunday evening. The cause was still under investigation, according to the company. “First of all, I apologize for the inconvenience,” Waltham Mayor Jeannette A. McCarthy said in a phone interview on Sunday afternoon. “[Eversource] responded right away and they’re working on it, but it was widespread damage.” 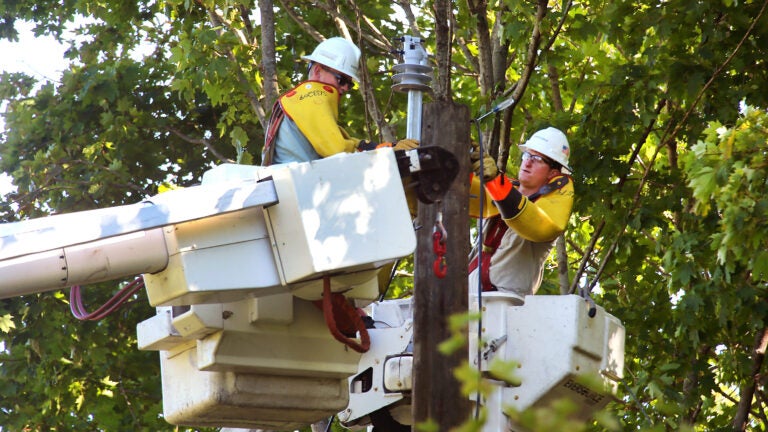 Eversource, Massport warn of power outages and flight delays ahead of major storm