Many Massachusetts residents will soon have some extra cash in their bank accounts. The state is set to begin sending nearly $3 billion in excess tax revenue back to taxpayers this week, officials said.

The rebates will be sent through direct deposit payments and physical checks starting on Tuesday, The Boston Globe reported. Those taxpayers eligible for a payment will receive them on a rolling, random basis. The entire process is expected to take six weeks, with the final payments being doled out by Dec. 15.

To be eligible, residents must have filed and paid income taxes in 2021. Individuals who have not yet filed their 2021 tax return, but file by September 15, 2023, could still receive a refund, officials said Friday.

The refunds are being sent out because the state received $2.941 billion in surplus tax revenue for Fiscal Year 2022, the Baker administration announced in September. The collection of these extra dollars triggered a 1986 tax-cap law known as Chapter 62F. That law, enacted via a ballot question by voters at the time, requires the Department of Revenue to issue credits to taxpayers if the state’s total tax revenues in a given fiscal year exceed an annual cap. This cap is tied to wage and salary growth in the state.

Baker and other officials have said for months that the refunds were expected to be sent out beginning in November, but did not commit to a hard timetable until recently. Approximately 3.6 million taxpayers are expected to receive payments.

These refunds could also be larger than previously expected. Officials predicted in September that the refunds would total about 13% of a taxpayer’s personal state income tax liability from tax year 2021. But on Friday a spokesperson for the Executive Office of Administration and Finance said that people would receive about 14% of their 2021 Massachusetts income tax liability, according to the Globe. In July, officials predicted the payments would only be 7% of this figure.

The state created an online refund estimator allowing residents to calculate how much they are set to receive.

The refund payments sent through direct deposit will be labeled “MASTTAXRFD” in bank accounts, according to the Globe. Refunds sent via physical check will have several sentences on them explaining Chapter 62F and why payments are being sent now.

Progressive lawmakers filed a bill earlier this month that would cap the refunds at $6,500 per taxpayer, arguing that Chapter 62F disproportionately benefits wealthier residents. But there does not appear to be significant momentum behind changing Chapter 62F, the Globe reported. 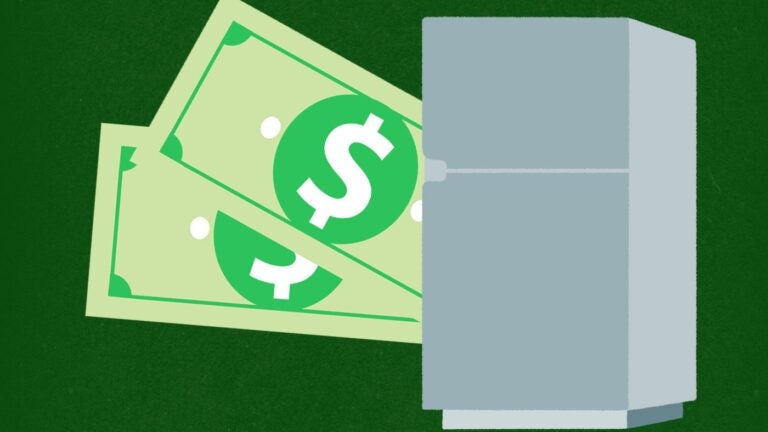