Nearly three months after investigators concluded Harmony Montgomery, the New Hampshire girl last seen alive when she was 5 years old in 2019, was murdered, her mother says she is still in disbelief.

“I have my days where I still can’t believe it,” Crystal Sorey said at a vigil for her daughter in Manchester on Sunday, WBZ-TV reports. “I didn’t think this would be the outcome.”

Last week, police alleged Harmony’s father, Adam Montgomery, killed the girl in early December 2019 when he repeatedly struck her in the head with a closed fist.

Harmony was in the custody of her father at that time. Sorey said in January she began looking for the girl three years ago when Adam Montgomery and his wife blocked her from contacting Harmony.

He has pleaded not guilty to all charges.

“Oh god, that girl could talk,” she said.

Sorey wore a Minnie Mouse costume as a positive remembrance of her daughter.

“Her whole room was Minnie Mouse. She had a four-foot Minnie Mouse doll in her room,” she said. “I wanted to come here like this to represent something that makes her happy.”

She described the past year as a living hell, according to WBZ-TV.

She’s now turning her attention to her daughter’s legacy, she said.

Investigators are still looking for Harmony’s remains. Police are offering a $150,000 reward for information that leads authorities to discovering her body. 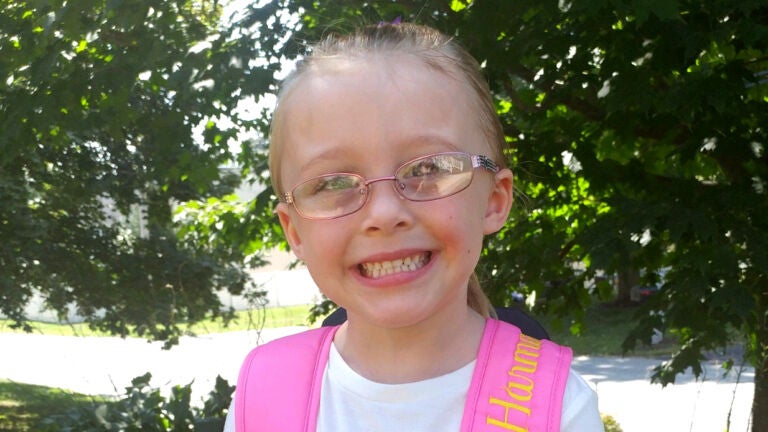