The deer population in Massachusetts is above 95,000, according to the Massachusetts Division of Fisheries & Wildlife. This is the same ballpark it’s been in for the last couple of years, but it’s about double what it used to be in the 1990s.

Why? Deer are thriving because there’s nothing to stop them from living where they do.

And while the state has fewer hunters than it used to, the booming deer population is more the result of a reduction in legal hunter access to the animals, as well as increases in development and suburbanization, says Martin Feehan, the Deer & Moose Project Leader for MassWildlife.

Hunting license sales peaked in the mid- to late-1980s in Massachusetts and have declined by almost 50% since then. Over the last decade, sales have been relatively stable — about 70,000 licensed hunters and 43,000 active deer hunters each year.

But hunting licenses don’t mean anything if you don’t have access to the deer, Feehan pointed out: The decline is not due to participation, he said, but access.

Feehan called the inability of hunters to access the places where deer live “the greatest factor leading to increased deer abundance.”

“Even if hunter participation returned to 1980s levels, it would not likely reduce deer abundance in many areas due to the lack of hunter access and landscape changes,” he said.

The lack of hunter access is exacerbated by a lack of predation, combined with a trend toward suburbanization and development. According to MassWildlife, deer populations were once controlled by three predators: mountain lions, wolves, and humans. Though they are now preyed on by black bears, bobcats, and coyotes, there are no longer mountain lions or wolves in Massachusetts, and those newer predators alone aren’t enough to keep them at bay. Plus, many communities continue to grow and develop, which limits the areas in which they can live, said Feehan.

Increased numbers of deer are problematic because they can cause public safety issues and property damage, as well as negatively affect forest health and other plants and animals.

MassWildlife has several initiatives to attempt to assuage this phenomenon.

“We work extensively on hunter education and focus attention on recruiting hunters from historically underrepresented populations,” Feehan said. “We also work with municipal governments, other state agencies, and non-profit organizations such as land trusts with the goal of increasing hunting access where possible.”

But, he said, their work to prevent what comes with overabundant deer — deer-vehicle collisions, damage to crops, and impacts on forest ecosystems — hinges on municipal support.

“Ultimately, our efforts require complementary initiatives such as changes and updates to local and state laws and regulations to be effective in controlling deer populations,” Feehan said. 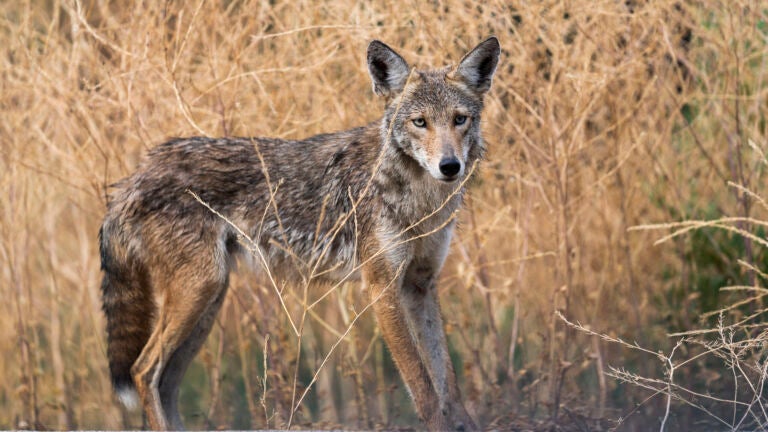 Nahant is going on a coyote hunt. Not everybody is happy about it.