Long before Scott Brown became a Massachusetts state lawmaker, a U.S senator, an ambassador and a law school dean, he coached basketball.

Brown, 63, said Wednesday that he has been named the head coach of the Amesbury High School girls basketball team, which won a state championship last season.

“Being a high school head coach has always been something I’ve wanted to do, it’s been a bucket list kind of thing, and this opportunity came up,” he said in a telephone interview.

Brown, who now lives in Rye, New Hampshire, not far from Amesbury, played basketball in high school and at Division III Tufts University from 1977 until 1981, where he was a team captain his senior year. He coached daughters Ayla and Arianna growing up — Ayla went on to play at Boston College. More recently he has been coaching junior high boys in Rye.

“Basketball saved my life,” he said. He got caught stealing records at a mall when he was 12 and an encounter with a judge persuaded him that he needed to change the direction of his life and stop being a “loser.”

“I was arrested when I was 12 but was lucky, some great coaches took me under their wing,” he said.

Even though Amesbury won the Division 4 state championship last season, most of the team’s key contributors have graduated and Brown said he faces a rebuilding job. But he promised that his teams will play hard and fundamentally sound.

“We are excited to have someone with his level of athletic experience, strong character, and diplomatic skills joining our program,” Gearin told The Boston Globe.

After several terms in the state Legislature, the Republican in 2010 won a special election for the U.S. Senate seat that had been held for decades by Edward M. Kennedy. He lost to Democrat Elizabeth Warren in 2012.

He also served as U.S. ambassador to New Zealand and Samoa during Donald Trump’s administration and briefly as dean of New England Law in Boston.

He remains involved in politics as a political commentator for several media outlets and by appearing at rallies for Republican candidates in New Hampshire and Massachusetts.

He’s also been a substitute teacher in Amesbury. 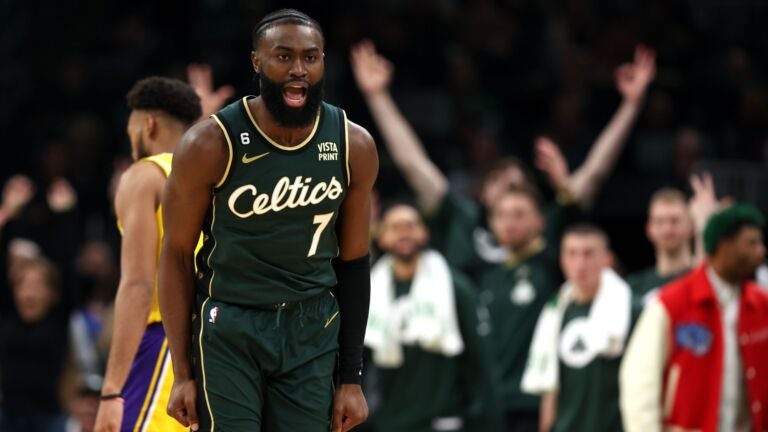