No one has had quite the right number combination to win Powerball since early August, so the prize keeps climbing higher and higher. But just because no one has won the big prize, now up to $1.5 billion, doesn’t mean no one has won any money.

“When playing Powerball and other lottery games, we encourage people to keep the experience enjoyable by playing responsibly and within their means,” Mark William Bracken, interim executive director of the Massachusetts State Lottery, said in a release Tuesday.

The prize has grown so much because of the very low odds of winning the jackpot: according to the Massachusetts State Lottery, the odds of matching all five numbers and the Powerball come in at roughly 1 in 292.2 million.

The next drawing closes Saturday night. If someone wins, they have the option of choosing an annuity, paid out over 29 years. If a winner is chosen, they can also choose cash, so the prize would be $745.9 million.

If someone wins on Saturday, it will be the second-largest Powerball winning ever, and the third largest lottery winning in the United States, according to a release from the Massachusetts State Lottery.

Monday’s drawing also paid off for some Massachusetts ticket purchasers, with nine tickets sold in the state matching four out of five numbers plus the Powerball and winning $50,000. 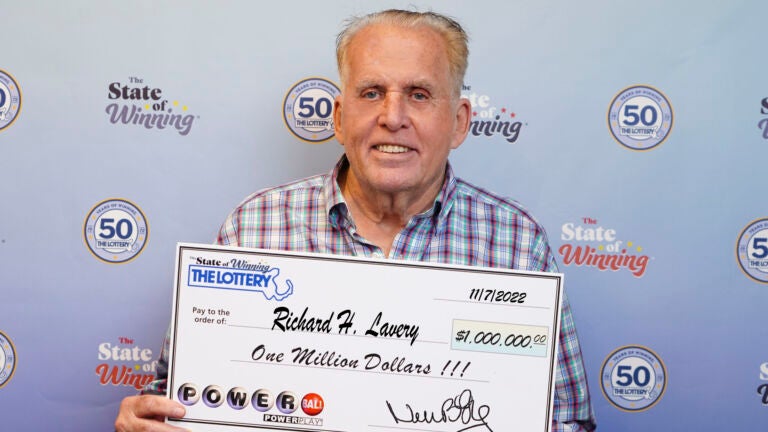