Prince William of Britain is coming to Boston next month for the second ceremony of The Earthshot Prize, an global environmental series of awards founded by the royal to acknowledge groundbreaking solutions aimed at repairing the planet.

The ceremony was confirmed to be coming to Boston over the summer, but new specifics were released this week. It will take place Dec. 2 at the MGM Music Hall at Fenway, according to The John F. Kennedy Library Foundation. The organization announced Thursday the formation of a host committee for the 2022 prize ceremony.

The prize is inspired by John F. Kennedy’s iconic 1962 “Moonshot” speech, which called on Americans to commit themselves to the goal of reaching the moon by the end of the decade. The Earthshot Prize is targeted at discovering and putting to scale notable environmental solutions.

In total, five prizes will be handed out in these categories: protecting and restoring nature, cleaning the air, reviving the oceans, building a waste-free world, and fixing the climate, according to the foundation. Fifteen finalists will be chosen first. The five winners will each receive 1 million pounds.

“The Earthshot Prize brings an historic opportunity to recommit to the spirit of innovation and collaboration that has long made Boston a leader in addressing some of our most pressing environmental challenges here and around the globe,” Wu said in a statement. “I am inspired that so many of Boston’s leaders will join us in celebrating The Earthshot Prize and committing to the ambitious goal we all share of building a healthy and bright future for generations to come.”

Wu and her fellow host committee members will work to “engage the region’s communities” in the prize, according to the foundation, and will promote Boston’s “commitment to innovation and sustainability.”

The committee members will serve as advisors during the week leading up to the ceremony, and convene “a vibrant exploration of important environmental issues facing Boston and the U.S.” They will also help build an inclusive audience for the live ceremony by inviting local young people who have shown a commitment to protecting the environment.

“Massachusetts is thrilled to host the 2022 Earthshot Prize Ceremony,” Baker said in a statement. “The Commonwealth has always been a global hub for innovation, and we know that addressing climate change will require imagination and creativity. We are proud that The Earthshot Prize will recognize some of those solutions right here in Massachusetts, the home of President Kennedy, whose words inspired this initiative.”

2021 prize winners include the government of Costa Rica for compensating citizens for planting trees, a Bahaman organization that grows coral reefs, and the city of Milan for enacting a food waste policy that recovers extra food at supermarkets and redistributes it to needy citizens. 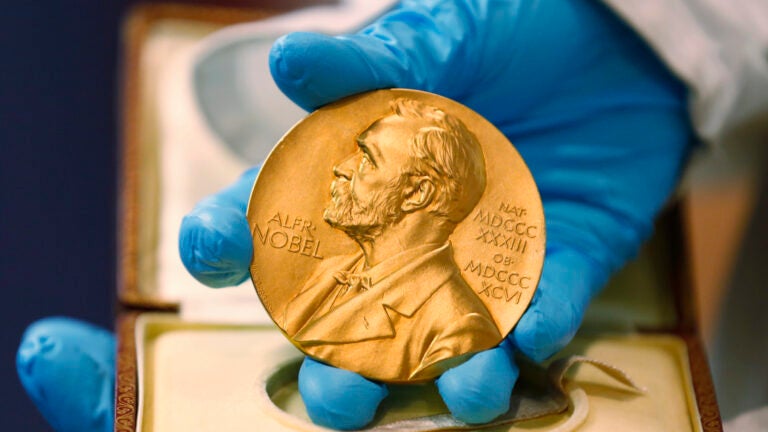 Nobel season is here: 5 things to know about the prizes