Watertown is attempting to crack down on catalytic converter theft.

To make the devices less attractive to potential thieves, Watertown residents now have the option of having “Property of Watertown Police” spray painted on their car’s catalytic converter.

The department is partnering with a local truck lettering business and several car dealerships for the project. One of these dealerships is Toyota of Watertown, which offers one of the common targets for catalytic converter thieves — the Toyota Prius.

The hybrid model of the car has a very large converter that thieves can remove in a matter of minutes, Rodney Dukes, service director at Toyota of Watertown, explained in a Nov. 3 WPD video advertising the service.

“We’re dealing with about 8 to ten stolen ‘cats’ per week,” he said in the video.

Customers also have the option of installing a special metal plate over the converter to slow thieves down, Dukes said.

The protective plate is a paid service, but getting the spray paint is free for those who sign up, available for vehicles of all makes and models. Appointments are being scheduled for Friday, Nov. 18, between 10 a.m. and 2 p.m. at Toyota of Watertown. Watertown residents interested in signing up are advised to contact Sgt. Ken Swift at [email protected]

Catalytic converters are part of a car’s exhaust system and contain expensive platinum metals, making them both appealing for thieves looking to resell and costly for vehicle owners to replace.

Spates of catalytic converter thefts have occurred across Massachusetts, in towns such as Cambridge, Needham, and Attleboro.

Watertown has previously advised its residents to avoid theft by parking their cars in garages or well-lit areas or take security measures such as installing security cameras and adjusting car alarms. 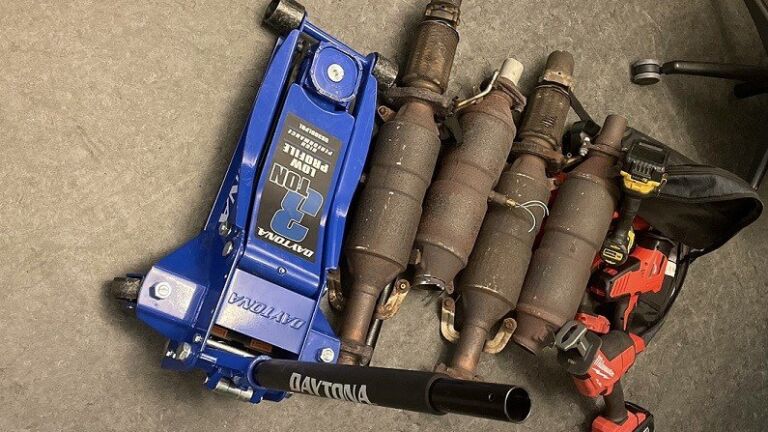