All but one came away from Tuesday morning’s record-breaking Powerball drawing without an extra $2.04 billion in their wallet.

But for North Quincy’s Richard Lavery, the day wasn’t a total loss.

Lavery’s first five numbers matched (all but the Powerball) for a $1 million prize, according to the Massachusetts State Lottery. Lavery bought his winning Quic Pic ticket at West Squantum Market & Liquors at 1205 West Squantum St. in Quincy and cashed it in at the lottery’s Dorchester headquarters Thursday.

“He does not have any immediate plans on how he intends to use his winnings,” the lottery said in a release.

The $2.04 billion jackpot-winning ticket was sold at Joe’s Service Center in Altadena, Calif., located northeast of Los Angeles. In Massachusetts, nine other tickets won $50,000 in Tuesday’s drawing by matching four out of five numbers and the Powerball.

In Saturday’s drawing, in which no one hit the jackpot, a ticket sold at Energy North (Boxborough Mobil) at 1425 Massachusetts Ave. in Boxborough also matched five numbers for $1 million. That prize has yet to be claimed. 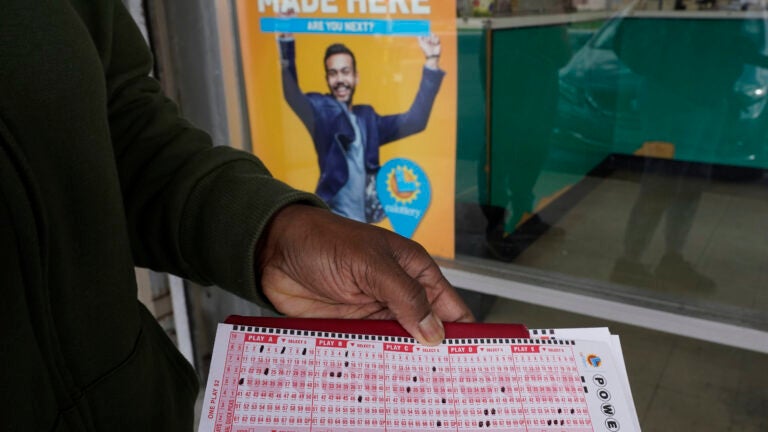