Katherine Donovan, a lead scientist in Eric Fischer’s lab at Boston’s Dana-Farber Cancer Institute, is working on a new type of cancer treatment. It involves protein degraders, and it could change the treatment of the disease as we know it.

Much like it sounds, degraders are molecules that “hijack the cell’s degradation system that is basically like the cell’s trashcan” and tell it to remove disease-causing proteins. These are different from classical targeted cancer treatments and have promising potential advantages, Donovan told Boston.com.

“Classically, what we would do is we would find a drug that binds to [a problematic protein] and stops it from doing its activity. A lot of the problem with that is you need to maintain a constant high level of drug to constantly inhibit that protein’s activity,” Donovan said.

By contrast, degraders avoid many of the issues that come with traditional treatments.

“So what happens there is we’re basically taking these proteins that we don’t want anymore, and we’re taking advantage of the cell’s trash system,” Donovan said. “It basically chops it up and breaks it into little pieces, so it’s no longer there anymore.”

“The [degrader molecules are] catalytic, so one molecule can remove multiple bad proteins, whereas with a classical inhibitor, one drug per one protein. Then also, the cell then has to remake that protein completely because it’s completely gone, so the drug efficacy is a lot longer,” Donovan said.

The field of degraders is relatively new, Donovan said, with the earliest examples coming about 60 years ago and the field mostly growing in the last 20 years. As such, a lot is still unknown about the molecules and how to use them; for example, it can be difficult to identify targets.

“So that’s what I do in our group, you treat different types of cells — could be cancer cells, could be any type of cell — with these molecules. And then because we’re removing them from the cell, what we’re able to do is look for which proteins are disappearing or the amount is decreased,” Donovan said. “We basically identify the targets based on which are disappearing from the cell.”

Even though it is a newer area of research, there are some molecules already in use in clinics, Donovan said.

“Although the whole degradation field is very new, these molecules have been around for a very long time. We just didn’t know they were degraders,” Donovan said.

“I think what Arvinas is doing here is really, really fantastic. They’re basically leading the clinical trials. They were the first to have their molecules in clinic,” Donovan said. “A lot of what we’re doing is really based on where they are and what happens with their [molecules]. We’re all very excited to see how their [molecules] could go in the clinic.”

Donovan, who hails from New Zealand, said she sort of stumbled into this field of research, but has been enjoying it.

After a year, her boss asked if she wanted to try some drug screening experiments and Donovan agreed, thinking it would only be for a short time because she only planned to stay in the United States for a year.

“I started screening a couple of molecules, the data was fantastic. I was like, ‘Oh, this is really exciting.’ From there, I basically just built up this big platform to do this high throughput and screen molecules, and it’s been incredibly successful,” Donovan said. “I never planned it. I didn’t even know I was going to be a scientist. It’s all just kind of, I do what I love and it seems to fall into place.”

Donovan described the Dana-Farber Institute as “the most incredible environment” and said it is very collaborative and supportive.

“A lot of other [labs] don’t have the capabilities to do this in terms of drug screening and identifying targets. It’s very expensive and time consuming. So I’ve really, really tried to create this situation where we can do more open science,” Donovan said. “Since other people may not have the abilities to do this themselves, [they can] send us molecules, and we’ll screen them for free and then send them the data with the goal being that we create this really big database of drug targets or degrader targets that not just we will use, but the entire community will use.”

During the peak of the COVID pandemic, Donovan and a few of her colleagues saw the hole canceled conferences was leaving in the research world and decided to fill it. They started a Targeted Protein Degradation Seminar Series that is still running now, more than two years later.

“We’re booked out through the end of the year, and we’re booking in next year. We monitor the literature and we’re seeing who’s doing new exciting work in the field,” Donovan said. “It’s really, really used because a lot of the conferences in the field are very, very expensive and a lot of students can’t access that.”

They host speakers every other week and draw anywhere from 200 to 1,000 viewers, Donovan said. The talks are posted on YouTube.

“I think one thing that’s important with the degrader field and its impact on cancer is just that this is a completely different therapeutic approach that’s taking advantage of the cell’s own waste disposal system,” Donovan said.

The degraders Donovan is researching might have the potential to help treat other diseases, she said.

“This degrader field is kind of opening up this whole new space, where diseases or targets that were previously considered untouchable, we’re starting to move towards a position where we can target them,” Donovan said. “Hopefully we can really revolutionize drug discovery a little bit here.” 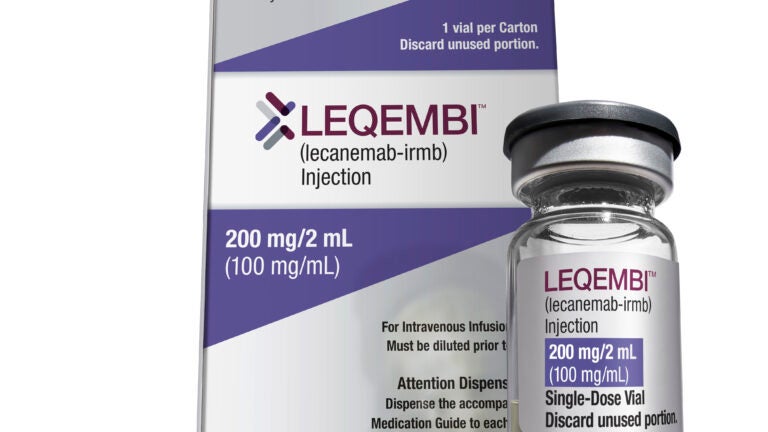