The suspension of a judge accused of helping an undocumented immigrant evade a federal agent was dropped this week, clearing the way for her to return to the bench.

Newton District Court Judge Shelley Joseph had faced charges that, in April 2018, she assisted a man who was living in the United States illegally flee the courthouse as an Immigration and Customs Enforcement (ICE) agent waited in the lobby. The agent had come to the courthouse to detain the immigrant.

On Wednesday, over four years after the incident, The Supreme Judicial Court ordered Joseph to be reinstated, The Boston Globe reported. The court ruled that Joseph’s suspension was “based solely on the fact that she had been indicted for alleged misconduct in the performance of her judicial duties.”

Federal prosecutors dismissed the charges against Joseph in September.

“I have concluded that the interests of justice are best served by review of this matter before the body that oversees the conduct of Massachusetts state court judges, rather than in a continued federal criminal prosecution,” Rhode Island U.S. Attorney Zachary A. Cunha said in a statement at the time.

Cunha was assigned to oversee that case after Massachusetts U.S. Attorney Rachael Rollins recused herself. Cunha required Joseph to refer herself to a state agency that investigates allegations of misconduct by members of the bench. The case remains under review by the Massachusetts Commission on Judicial Conduct.

Joseph was suspended in 2019 when the Massachusetts US attorney’s office indicted her and a since-retired court officer on charges of obstruction of justice.

“The suspension has been in effect for quite a while and now she is pleased she can resume her duties and is grateful the Supreme Judicial Court lifted this suspension,” Joseph’s attorney, Michael Keating, told the Globe this week. “I think she’s amenable to go wherever the district court wants her to serve.”

The saga began when an ICE agent was sent to the Newton courthouse to detain a Dominican man who had twice been deported from the U.S. The man was barred from entering the country until 2027, prosecutors said at the time.

Joseph’s clerk asked the agent to leave the courtroom, and to wait in a nearby lobby, authorities said at the time. The agent was told that the suspect would be released into the lobby. Prosecutors said that courtroom deputy Wesley MacGregor led the suspect downstairs and let him out a back door. The suspect was caught about a month later.

Joseph, in her agreement in September, admitted to specific facts about the incident, according to the Associated Press. The judge said she knew the ICE agent was waiting to take custody of the suspect. Joseph also admitted to instructing the courtroom clerk to turn off a recording device while she had a sidebar conversation with a defense attorney and a prosecutor. The defense attorney asked Joseph to allow his client to go back downstairs with an interpreter, the AP reported, and Joseph agreed. Not long after the suspect went downstairs, MacGregor opened the door and let him escape. 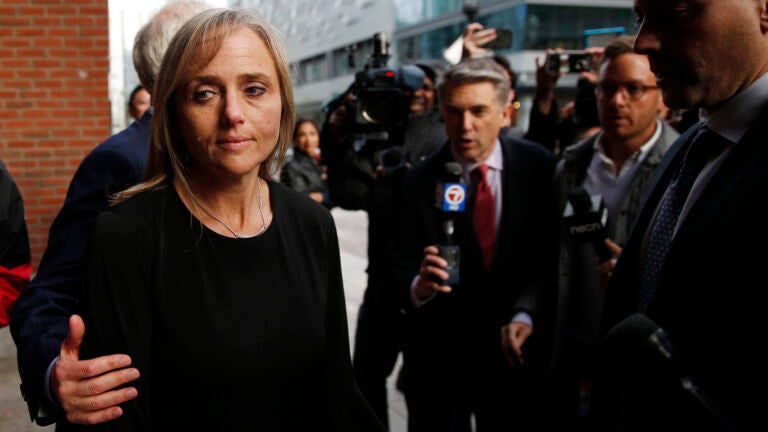