A Hingham school bus driver was arrested for allegedly driving under the influence while transporting a busload of students Thursday evening in Pembroke.

Massachusetts State Police responded to the scene at 5:25 p.m. on Route 3 North after one of the passengers on the bus called to report that the driver was allegedly swerving in an out of lanes and had run a red light, State Police spokesman Dave Procopio confirmed in an email.

Troopers found the yellow school bus as it pulled off Exit 27 and into a Friendly’s parking lot.

Upon arrival, police asked the driver — identified as Bethann Sweeney, 53, of Hanover — to step off the bus, which she did.

She smelled strongly of alcohol, was unsteady on her feet, and showed signs of intoxication in her speech and appearance, according to police.

Sweeney was transporting 28 passengers between the ages of 14 and 20 and two adult supervisors, police said. She had reportedly picked them up from the Hingham United Basketball Special Olympics closing ceremony at Plymouth North High School and was driving them back to Hingham High School.

The adults on board told police that Sweeney had been driving erratically, the spokesman said. They told police that she tried to get onto Route 3 South, which would have taken them in the wrong direction, away from Hingham High School.

When she was informed that they were heading in the wrong direction, Sweeney allegedly ran a red light and got onto Route 3 North, “again swerving across the road and driving over rumble strips multiple times,” police said.

Police performed several field sobriety tests and came to the conclusion that Sweeney was under the influence of alcohol. These tests included the horizontal gaze nystagmus test, requests to do a nine-step walk and turn and a one-legged stand, and requests to recite the alphabet and count backwards, the spokesman noted.

Sweeney refused to take a breathalyzer test back at the State Police-Norwell Barracks, which triggered an automatic suspension of her license, police said.

Troopers also found a 23.7-ounce Poland Springs water bottle among her things. The bottle was half empty and smelled strongly of alcohol, according to police.

A bail commissioner set Sweeney’s bail at $2,540 cash, police said. She was held overnight after she did not post it. She was expected to be arraigned Friday morning in Plymouth District Court.

In a joint statement shared by multiple media outlets, Hingham Superintendent Margaret Adams and Hingham High School Principal Rick Swanson notified families of what happened, writing, “We are deeply concerned by the incident, and, more importantly, the distress this caused our students. We are grateful to our staff on board the bus, who responded immediately, acted quickly and responsibly, to protect the safety of our students.” 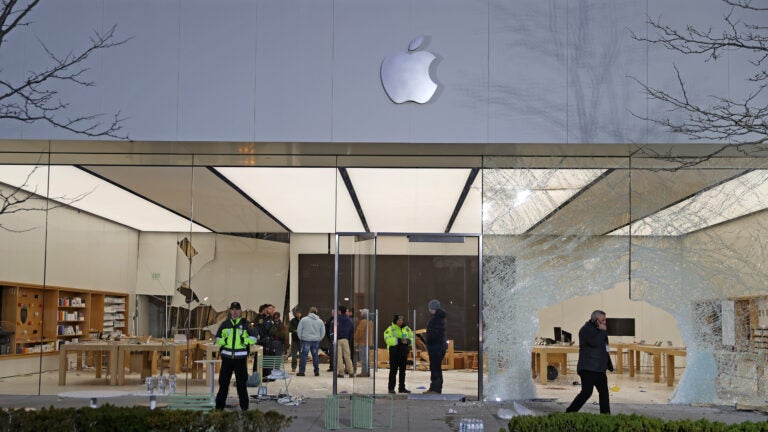