A pair of Boston city councilors are hoping to prevent the reckless use of shopping carts in South Boston.

The neighborhood has an ongoing problem with young people using shopping carts from Stop & Shop to “careen through the streets,” Councilors Ed Flynn and Michael Flaherty wrote in a letter to the grocery chain, which was also published in Caught in Southie.

Flynn and Flaherty said that they have received multiple complaints about the issue from residents. Both young adults leaving restaurants and bars and teenagers have been seen rolling through the streets near the Shop & Stop at 713 E Broadway, they wrote.

Teenagers riding inside a shopping cart recently rode down the pedestrian ramp from the I Street side of the Tynan School towards the parking lot on East 4th St, according to the councilors. They crashed into a resident’s vehicle, and the incident was caught on camera after midnight. Another cart crashed into the same resident’s car in the weeks before this incident, they wrote.

Flynn said that officials should better enforce an ordinance that was passed specifically to deal with issues like this.

“There is an ordinance passed in 2003, sponsored by Councilor Rob Consalvo, about requiring businesses with more than 20 shopping carts onsite to maintain a system to retain shopping carts within their premises,” Flynn said in a statement to Boston.com. “Businesses can use methods such as having a physical barrier or a wheel locking mechanism to prevent shopping carts from being taken off premise, and there is a fine associated with violations. We need better enforcement of this ordinance.”

Flynn and Flaherty have been working with the Boston Police Department and Tynan School leadership to investigate the issue further. They have also reached out to other departments in city government to find solutions, they wrote.

“In the interest of public safety, personal property and quality of life issues, I would like to respectfully request that Stop & Shop work to address this matter by looking to maintain their shopping carts on-site, perhaps via technological upgrades and an electronic system, and prevent them from being taken off premise,” they wrote in the letter. “This is an issue that requires multiple partners to work together. We ask that Stop & Shop, as a critical part of the South Boston community, to please step up as a good neighbor and be part of the solution.” 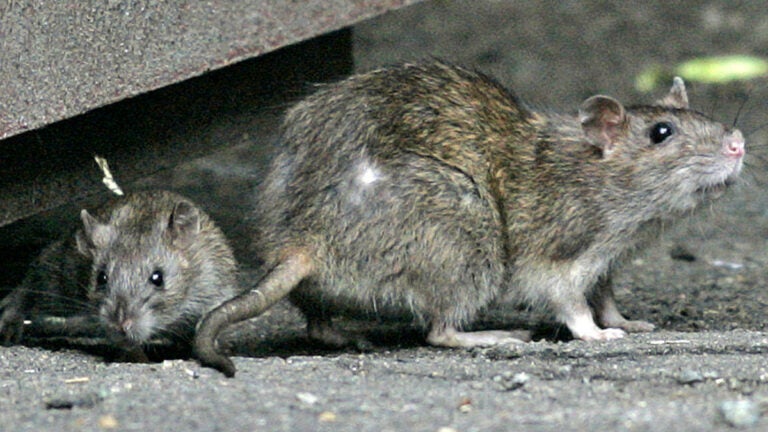 Boston once again ranked as one of America’s ‘rattiest’ cities