A notable basketball skills trainer who has worked with multiple well known NBA stars, including Al Horford of the Celtics and head coach Joe Mazzulla, was arrested Friday in Rhode Island on charges of drugging and rape.

Robert McClanaghan, 43, of Warwick, R.I., was wanted on an arrest warrant issued out of Boston Municipal Court, according to Boston Police. He was arrested in East Greenwich, R.I. and will be arraigned on Monday at the Third District Court in Kent County, R.I. He will be charged as a fugitive from justice.

McClanaghan’s arrest is the result of an investigation by the Boston Police Sexual Assault Unit and the Suffolk County District Attorney’s Office. The alleged drugging and rape occurred in Downtown Boston, BPD said. Law enforcement officials did not release any more information about the incident.

BPD did not specify McClanaghan’s profession. A photo provided to multiple media outlets, including The Boston Globe, by the Warwick Police Department matches photos on McClanaghan’s website, where he advertises himself as a corporate speaker, coach, and consultant.

“This arrest is the result of superb work by the BPD Sexual Assault Unit and members of our Domestic Violence and Sexual Assault Unit, working with information provided by the victim,” a spokesman for the Suffolk district attorney’s office told the Globe. “Our prosecutors and victim witness advocates will provide the victim with all possible support as the case moves through the court process.”

McClanaghan is not employed by the Celtics, a team spokesperson told WCVB.

McClanaghan previously worked as a physical education teacher and assistant basketball coach at Bishop Hendricken High School in Warwick, the Globe reported. At the private, all-boys school McClanaghan worked with Mazzulla when the Celtics coach was a freshman in 2003. The pair met up for 6 a.m. workouts multiple times a week. Years later, while working as an unpaid assistant at Glenville State in West Virginia, Mazzulla used his spare time to edit clips of McClanaghan’s NBA clients for extra money.

McClanaghan wrote a 2021 article for The Players’ Tribune detailing his struggles with depression and anxiety.

He is also the author of the 2019 book “Net Work: Training the NBA’s Best and Finding the Keys to Greatness.” The book offers readers “an all-access pass to the practice courts of the NBA,” according to its description on Amazon.

Curry wrote the book’s foreword. In it, he describes his initial impressions of McClanaghan when the two began working together in 2012.

“I thought it was pretty hilarious at first. Here’s this guy, hair slicked back, looking real put-together. The furthest he ever got as a player was a walk-on at Syracuse, but he’s jumping right into the drills, guarding me, talking trash, cracking jokes. He had a way of appealing to the competitor in me,” Curry wrote. “That was the start of a great relationship. I’ve worked with Rob ever since.”

BPD issued a warning about scentless, colorless, and tasteless drugs like Rohypnol, or “roofies,” that can be placed in the drinks of unsuspecting victims.

The department offered the following tips to the public: 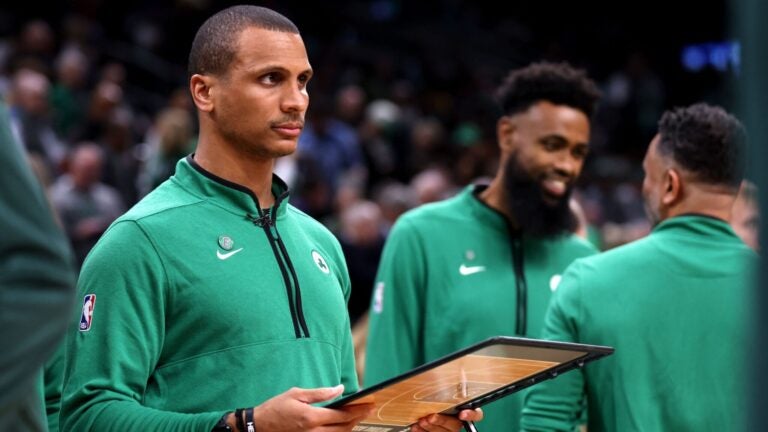