Apple CEO Tim Cook visited Massachusetts last week to meet with some of those who survived the deadly crash that occurred at an Apple Store in Hingham on Nov. 21.

“The genuine caring and kindness shown by Tim and his team on this visit did so much to lift the spirits of the patients and our colleagues,” South Shore Health president and CEO Allen Smith said in a statement to the station.

At least 20 people were injured in the crash, which occurred when Bradley Rein, 53, of Hingham plowed his SUV through the store’s glass facade at the Derby Street Shops plaza.

Kevin Bradley, 65, of New Jersey was killed. A GoFundMe fundraiser set up by his family has raised more than $12,000 as of Sunday evening.

Bradley was working for GMS Construction at the time. One of his co-workers told police that they were working with Bradley to move a barrier near a window when they heard a loud engine roar, according to a police report reviewed by The Boston Globe.

Rein was charged with reckless homicide by motor vehicle, according to Plymouth County District Attorney Tim Cruz’s office. Rein reportedly told investigators that his foot became stuck on the accelerator of his Toyota 4Runner, and that the crash was a tragic accident.

A total of 18 patients were treated at South Shore Hospital after the crash, and eight people remained there the following day, according to The Patriot Ledger. Two were in critical condition on Tuesday, with one suffering from broken ribs. Luckily, doctors said that their prognosis was “excellent.” After initial reports that the hospital was treating people for limb-threatening injuries, a hospital representative told the Patriot Ledger that there was no longer any risk of surgeons being forced to perform amputations.

“We are also so appreciative of the wonderful care our entire team has provided to these patients, from our (emergency medical services) at the scene of the accident right through to the emergency room, the trauma and critical care teams and all the doctors, nurses and colleagues who have provided care and support in the hospital and at home with our (Visiting Nurse Association) team,” Smith said in his statement to WCVB.

After visiting the patients Friday, Cook reportedly dined at Alba, a steakhouse in Quincy. The restaurant posted a photo on its Facebook page with owner Leo Keka posing with Cook.

On Saturday, Cook visited the Apple store on Boylston Street in Boston to meet with employees, WCVB reported. 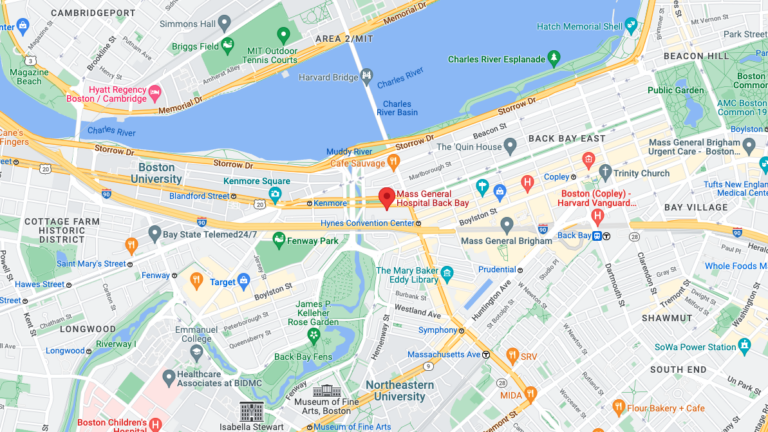